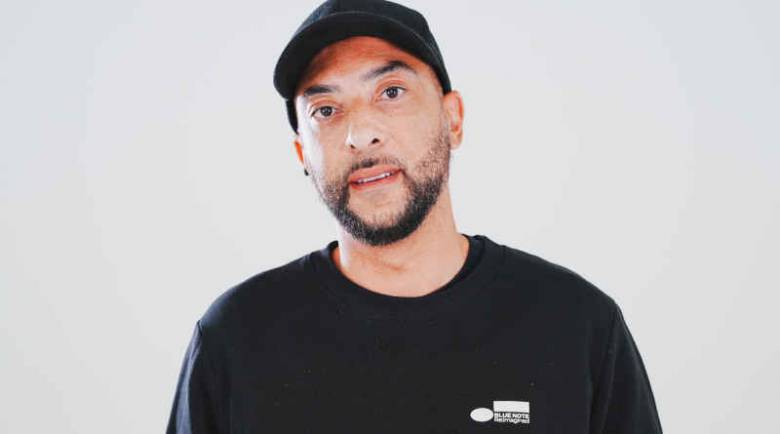 The Rap Game UK is now in its fourth series, how are you feeling about this, and did you ever imagine it getting here?

I’m so excited that we’re about to head into our fourth series – it’s been such a fun and great experience filming the show for the past four years and seeing the journeys of the artists we’ve been able to mentor for a few weeks. Looking back, when we first started we had no idea how people would react to the show and if they’d enjoy it, we definitely weren’t thinking as far as a fourth series. We just wanted to make something that felt authentic and that the culture and rap fans could be proud of. We felt like once we got that part right we’d be good, but we couldn’t have imagined how well it’d do – it’s been amazing.

What makes this particular series stand out to you, compared to the previous three, if anything?

As mentors, we’ve just learned so much more as we’ve gone along each time. With each new series, each new set of artists we’re learning how we can improve it, we’re learning about ourselves and what we want, and are looking for in the winners. We’ve tried to level up every single time and this year, in particular, the competition has been amazing because of the talent and it’s all so close. There are also a few twists and turns that haven’t been a part of series one, two and three, so it definitely feels like it’s one of the best, and most exciting yet. It feels like a very natural progression to get to this level of the show.

What has the talent been like this year and what are you personally looking for in a winner?

We’ve seen some incredible talent across the last three years of the show, but this year the six we have just brought it. Everybody is different, and they’re all bringing different strengths to the table, as well as having varying degrees of their experience – some have been doing it for years, some only started in the pandemic, so it’s a great range.

What makes a winner would be someone that can not only can hold their own in the competition, but outside of it too because they’ll be up against the entire rap world, which, as we know is at a very high level at the moment. The winner has to really has to be able to hold their own and have the ability to build an exciting brand – we’re looking for the artist to tick as many boxes as possible and those boxes come in all different shapes and sizes, it’s not one size fits all. It’s the growth, development and the progression of each that we find the most rewarding so whatever their level, they’ll gain a different, and equally unique experience.

There’s a surprise in this series that hasn’t been done before – what did that element of uncertainty add to the show?

Throwing the twist in from the first episode really had everybody on their toes, nobody knew what or where or when things would change. We kept it very vague, but we just made sure the artists understood that this new switch-up meant the stakes are even higher, so it definitely increased the intensity of competition overall.

There are a lot of exciting guest mentors on the show this series, what do you feel like they all brought in terms of the challenges they were part of?

We’ve had some major names across the last three series, and this year wasn’t any different – we selected mentors we felt would work well in the respective challenges because they had an understanding or relation to it, and it was great to have a new pair of ears and eyes take a look and listen to the artists and give their feedback, and sometimes constructive criticism. It was inspiring for the artists, also, some of these guest mentors are their musical heroes, or they’re big fans so bringing in a different person, having a different perspective every week was beneficial to them, for sure.

Were there any key or memorable moments that stood out or did you have a favourite challenge?

I loved the clash – that’s always a favourite, but this year I really enjoyed the video challenge that the artists were given, there was a little twist to that this year too. Also, the ‘letter to yourself’ challenge was a great challenge – the artists really had to be vulnerable and open up on that one, and we got to learn a lot about where they came from, and things they’d gone through. There was a lot of emotion after that one so I really enjoyed it, and we got to see some people really begin to stand out.

This is the second series that the show is in Manchester, what is great about the city as a location for the show?

I’ve always loved Manchester, and long before we ever did the show it used to show me as much love as London did when I was just starting out as a DJ and I’d travel up there for shows. Manchester has got such a great history when it comes to music outside of Rap, taking it back to the likes of Oasis and the Stone Roses and that era of UK music right the way to artists influencing the Rap scene heavily today, like Bugzy Malone and Aitch.

In terms of location, to film here is really exciting, there are so many great pieces of architecture and history like the Victoria Bath Houses, and the Albert Hall, which is iconic and that we shot at. The whole city has a way of really inspiring you.