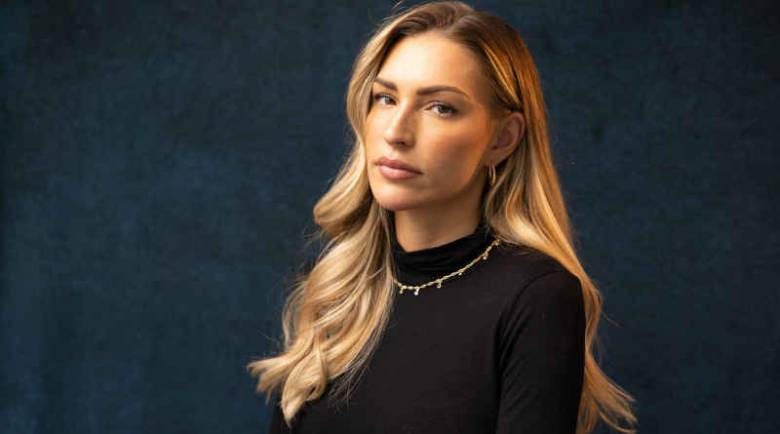 How did you get involved in this documentary, and why did you think it was important to do so?

This documentary was actually my own idea. I’ve been wanting to make this film for probably about the last eighteen months – I stepped foot into the health and fitness space as part of my own journey, and along that journey I noticed that there was a lot of people that didn’t have good relationship with food, themselves and exercise. I noticed this huge surge in questions and people messaging me it was really eye-opening to learn about what people were going through.

For me, it was exploring something I never realised existed – the darker side of this diet and over-restrictive culture. I met such brave young people along the way who opened up their lives to me and showed me how it can be very damaging especially, as it’s encouraged by the world of social media after stepping into that health and fitness space myself. It really worried me, and that’s what inspired me to want to make this film, because through this I’m learning on the journey and understanding what disordered eating means, what it looks like, and how it can manifest.

It is a topic that is very sensitive, and it’s something that has to be dealt with very delicately. How did it feel for you personally having to take on a documentary of this subject matter?

I think that those scarier, more sensitive films are the ones that I feel empowered to make because with those sensitive, tough conversations it means that there is a gap there in understanding and it needs to be taken on. There’s a gap in openness, and speaking about subjects like these, so I always knew it was going to be extremely difficult, because so many people have suffered and still suffer with disordered eating one way or another. From talking to those who work at BEAT – the eating disorder charity – visiting The Maudsley Hospital, and speaking to contributors at the Schoen Clinic Newbridge, they helped me understand that it’s a sliding scale, and so many people fall within it – it’s not as black and white as I once thought it was. So, that being said, it kind of motivates me more to want to make films of this of this scale because I know that those tough conversations often can have the most impactful outcome.

Why did you feel that you were the best person to take on and highlight this topic and explore this subject?

I am a mere drop in the ocean when it comes to influencers and influencer culture. I know many others have millions and millions and millions more followers than I do, but that doesn’t mean that my voice isn’t an important one. I’ve made sensitive films before, and I continue to make sensitive films as it’s something I’ve learned, especially in the last year, about being reflective and being able to look within and be introspective. Often, I think, especially in this industry, there’s such a need to be perfect all the time and that’s hard. I understand why, because you never want to be criticised to actually say “I don’t know this and I want to learn”, and I think that’s just something that I’ve realised over the last few years is that it’s fine to not know and to explore, and it is really where the difference can happen.

With this documentary being exploratory, what do you think you’ve learned during the process of filming?

I learned that disordered eating is not black or white, it is completely grey and disorderly. Things look different, and manifest differently with every single person that suffers, and it’s made me more understanding of that and the spectrum that this falls on. I think it’s really easy when you’ve never experienced anything of the sort yourself to understand how that develops. I think I’ve learned that all of us, at some point have had some form of disordered eating and now it’s clear what to look out for, whether it’s slightly on that scale or all the way to the other (more frightening) end. So many people have these shared experiences, and when I started to make this film I knew that a lot of people would be able to relate, but I didn’t realise just how many people, so that was eye-opening.

As somebody in the social space, how do you think social media platforms can work to better protect everybody from potentially triggering content?

I think, that it’s on both the social media platforms and the people with the social media profiles, as it is a “free” space. We all have a responsibility around the content that’s put out there, and there is a lot that kind of teeters on the edge of being damaging – and depending on what head space you’re in, you can look at something and absorb it in a positive or negative way. So, I think that in terms of the social media platforms it is really important that they continue to police the sort of content and profiles that directly relate to promoting eating disorders. It’s scary that people who are trying to put that content out are trying to mask that by changing the spelling of words and disguising it, so platforms do need to do more to find out how that content is being censored and hidden in the ether of social media.

I do also think the influencers have a responsibility too, whenever you post something around food, fitness et cetera, have a look, and think about how that could be perceived by someone who’s in a different headspace than you. I think that hopefully watching this film it doesn’t only help the general public spot warning signs, but the influencers may be able to watch that and be like “oh, I see how this may look”, and maybe there’d be that penny drop moment where they see that something they would have posted may not have hit the right notes. Those are the two main reasons I wanted to make the film in the first place.

Has filming this documentary opened up a desire to explore and learn more about this particular topic?

For me, it actually really changed my relationship with social media – it’s taken about eight months to make this film, and it’s been a total of eighteen months in the works, so a lot of my brain capacity and my thoughts have gone into this topic and I just really hope it helps even one person. I’m also one of those people that is so open to learning and listening because none of us is born with every single piece of knowledge, and there’s things we all want to understand and learn more about, and this was mine. It’s made me more thoughtful and conscious about my social media , and realising just how many impressionable people and vulnerable people are following you. It makes you think differently about the content you put out.

What steps are you going to take to become more of a “conscious influencer” and social media user following this documentary?

Filming the documentary and going through the learning process has definitely made me so much more thoughtful in my output. I have another page “a day with Zara”, which is my fitness, health and wellness page, and I’m really aiming to be more engaging with the people that follow me on there – I’m making sure to ask “what do you want to see”, “how can I improve” , so that I’m posting beneficial things that will really help people, and make me better, too.

When speaking to the experts that were featured in the show, and then also speaking to the contributors what surprised you the most about each of those differing experiences?

For me it was seeing how eating disorders don’t normally come alone – they come hand in hand with something else and the disordered eating (which can then turn into an eating disorder) is often a manifestation of something else. I kept hearing the word “control” come up a lot, and it made me realise that disordered eating or eating disorders aren’t always about the food and the restriction itself, it can be about feeling that elements of your life aren’t in your hands, and you feel out of control – with this you have something to have that control over. So that was the most surprising thing that sometimes it isn’t always actually about the food itself.

Zara McDermott: Disordered Eating is 1 x 60 documentary made by Summer Films. It was commissioned by Fiona Campbell, Controller BBC Three and Clare Sillery, Head of Documentaries. The commissioning editor for the BBC is Max Gogarty. The Executive Producers for Summer Films are Lucy Hillman and Sam Whittaker and it is directed by Ellie Merz.