Earth is an eerie and sinister place in AD2150. Subjected to a ferocious Dalek invasion, it has been bombarded with meteorites and cosmic rays. Its cities have been smashed and human beings turned into living dead – Robomen – able to act only on radioed instructions from their masters. Only a small group of resistance fighters holds out in London. But then a brilliant scientist, known as the Doctor (Peter Cushing), is transported into the future by a time and space machine. He arrives determined to destroy the Daleks.

Supported by his faithful niece Louise (Jill Curzon) and granddaughter Susan (Roberta Tovey), the Doctor, with the help of a bumbling comic policeman (Bernard Cribbins), discovers that the Daleks plan to hollow out the Earth’s core and turn the planet into a giant spaceship. Aided only by the small knot of resistance fighters, the Doctor sets out to destroy his ancient foes.

As an off-shoot of the tremendously popular Doctor Who series, the film captures the right air of gravitas and eccentricity in the character of the Doctor as played by Cushing, and maintains the mechanical credibility of the Daleks as a force for Evil. The inventor of the Daleks, Terry Nation, was apparently inspired to create them by a televised performance of the Georgian State Dancers: ‘The dancers seemed to be gliding across the floor, their feet invisible under long costumes. It was the strangeness of this movement that I wanted to recapture in the Daleks: creatures with no apparent motive power.’ Indeed, Variety rates the Daleks as the film’s true stars: ‘it is the clever way in which the cone-like daleks are moved and juggled that gives the film its main kick’.

Alexander Walker in the Evening Standard was more fulsome in his praise: ‘the sets are quite an eyeful, so are the special effects and director Gordon Flemyng can teach Disney a lot about packing in the action”. And as the New York Times summed it up: ‘No doubt children will enjoy it all – including the innumerable violent deaths – immensely’. 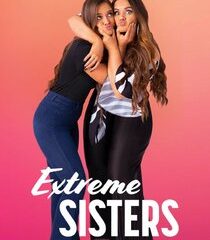 Apophasis: Assuming the involvement of the Campbell brothers at the Copeland territory shootout, Jackie confronts Grace, who can no longer...

On the Case with Paula Zahn: Follow That Car (S22EP6 Investigation Discovery Sun 9 May 2021)

Follow That Car: A missing family car may hold the clues to find a devoted father's killer. Airdate: Sun 9...