King Kong is a masterpiece of movie exotica and one of the top moneymakers of the 30’s. Fortune hunters travel to Skull Island in search of the fabled giant ape “King Kong.” Enticing him with the lovely Wray, they capture Kong and bring him back to New York to become a sideshow attraction.

The rampaging ape escapes and ransacks the city searching for Wray, ending his quest swatting biplanes as he dangles from the Empire State Building in one of the most famous images in movie history.

Directors Merian C. Cooper and Ernest B. Schoedsack met as fliers in WWI Poland. They specialized in exotic documentaries and then adventure films with far-flung locations. Cooper later became a producer for David O. Selznick, and then produced John Ford masterpieces such as “Fort Apache” (1948) and “The Quiet Man” (1952), and one of the biggest hits of the 50’s, “This Is Cinerama” (1952).

The model that would represent the giant ape in King Kong (1933) was constructed by monster-maker Marcel Delgado on an 18-inch armature padded with rubber and sponge “muscles” and covered with rabbit fur.

The massive success of King Kong led to it to being quickly followed by “Son of Kong” (1934). There was also a 1976 poorly received remake, and the related monkeyshines of “Mighty Joe Young” (1949). It’s still a story that remains a drawcard for film-makers, in 2005 Peter Jackson directed a large scale version and 2017 brought us an action packed take called Kong: Skull Island.

Drama Calls: The team faces a slew of dramatic nightshift calls including a pregnant woman who has been assaulted, a...

Father Time: As ViCAP finally gets the green light to raid Alastor Pharmaceuticals, Clarice punches another FBI agent in a...

The Hustler: The Most Diabolical Game on Television (S2EP1 ABC Thurs 17 Jun 2021)

"The Most Diabolical Game on Television: The Hustler" returns as five new competitors join host Craig Ferguson in this mind-bending...

Chewed Up: The participants must become especially cautious for predators as they present an elevated threat; one survivalist consumes a...

Florida Death Fortress: A desert island adrift in the Gulf of Mexico contains a massive and marooned structure with a...

Virtually Freddy: Ryan reveals that he is opening his own brokerage; Steve meets with an interior decorator after he shows...

New Design in the Old Hood: When Christina's old neighbors contact her for design help, she's tasked with remodeling a... 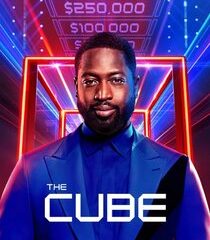 Talk to Me Nice: Host Dwyane Wade steps back into the arena to help husband-and-wife team Kal and Whitney beat...