The Long Voyage Home sees four one-acts by Eugene O’Neill add up to a gripping account of men thrown together by war facing danger from the enemy under the waves and from the raging sea itself.

John Wayne portrays a young Swede gaining his sea legs and just trying to make it home so he can settle on a farm of his own. He’s taken in hand by the John Ford stock company – Thomas Mitchell, Barry Fitzgerald, Ward Bond–and together they weather a fatal storm, suspicions of treason, a strafing by enemy planes, and the equally hazardous shore leave.

One of Ford’s finest, and that’s saying plenty; O’Neill reportedly considered it the best adaptation of his work. He later wrote to Ford: “My congratulations on a deeply moving and beautiful piece of work. It is a great picture and I hope you are as proud of it as I am.”

Billy and Dawn fall out. Chas and Marlon are gutted that their claim is void. Gavin pushes Al to get...

Episode 7682: Cash realizes he’s overstepping the line by lying straight to the federal agent’s face about burning the receipt....

Blackpool 4: David Dickinson and the dealers are back in Blackpool, where Henry Nicholls proposes a deal with a seller... 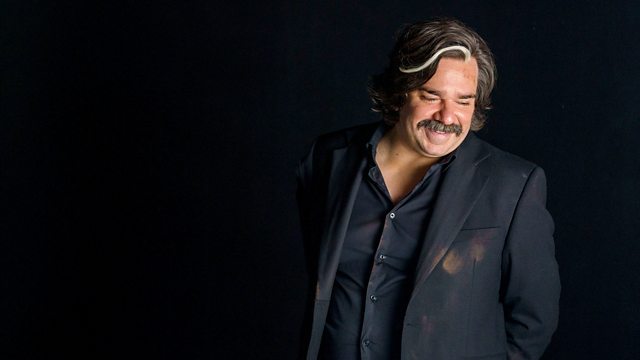 The Scorecard: Things are looking up for Toast in his career when he lands the role of a butler in...

Rishi Persad presents coverage of the World Indoor Championships from Potters Resort in Hopton-on-Sea in Norfolk, featuring the mixed pairs...

Blackberry Narcissus: As Davis tries to fight the allegations, Julien has to decide whether or not to believe him. Max...

At 8.40pm on a quiet night in a local convenience store in Derbyshire, shop assistant Abbie had just clocked on...

As Ghislaine Maxwell awaits sentencing in a New York prison ITV’s Ranvir Singh unravels the story of how an entitled...

In the penultimate episode Sam struggles to keep her home and work life together. However, when Maya discovers evidence that...

Episode 8763: Seeing Glen and Sharon together at the wedding proves too much for Terese, who finally admits her feelings...

Martel is in Stockport, Greater Manchester, to see a two-bed end of terrace with character features she really falls in...

Lewes Farmers Market: Owena and Ivan are so enthusiastic about farming life that they want other people to experience it...

Stockport: Philip and Lorraine in Stockport have had their garden since 1987 – and it looks like it! Despite doing...

The Brewers begin their yearly maize harvest. In the Peak District, the building of a new pig pen doesn’t go...

One resident is forced to act fast when an incriminating secret comes under threat. Sienna (Anna Passey) is on a...