Charles Dickens’ Oliver Twist, a tale of pickpockets and Victorian workhouses, may have seemed an odd choice for a bright and breezy musical, but there’s no doubting the genius in Lionel Bart’s extravaganza (adapted from his own 1960 West End hit). Ron Moody reprised his stage role as Fagin, while the film is also memorable for introducing two unknown talents in child actors Mark Lester and Jack Wild. It’s the music that really shines, though, with a plethora of great songs – from Food, Glorious Food and You’ve Got to Pick a Pocket or Two to Consider Yourself, I’d Do Anything and As Long As He Needs Me. The film also marked a brief renaissance in the career of master director Carol Reed, who won an Academy Award for best director for his sterling efforts (the film also won four others, including best picture).

The Victorian saga starts when a young orphan boy, Oliver Twist (Mark Lester), is banished from a workhouse run by Mr Bumble (Harry Secombe) for requesting second helpings at dinner. Sold on to an undertaker, he runs away and is befriended in London by another young boy, known only as the Artful Dodger (Jack Wild). The Dodger introduces him to Fagin (Moody), a master criminal who’s running a pick-pocketing operation utilising hundreds of similarly homeless boys.

Oliver’s first foray into this underground world ends with him being arrested, although when his accuser, Mr Brownlow (Joseph O’Connor), realises his innocence, he takes him home to try and rehabilitate him. Unfortunately, one of Fagin’s acquaintances, Bill Sykes (Oliver Reed), believes the youngster will reveal the pickpockets’ lair to the police and tries to use his prostitute girlfriend, Nancy (Shani Wallis), to entice Oliver back to his former life. The scene is set for murder, tragedy and larceny on the grandest of scales. 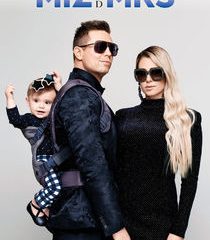 Mizectomy: Mike has second thoughts about getting a vasectomy; Maryse helps George with a makeover. Airdate: Mon 17 May 2021...

A Message from Ground Control: As George grows closer to finding what he is after, the Debris that Orbital has...

Grant Park Predicament: A woman hopes to hold fast to her asking price even though she needs to sell her...

7 Deadly Sins: Following a loss to the Diesel Brothers, things dont get any easier for the Dirty 7 as... 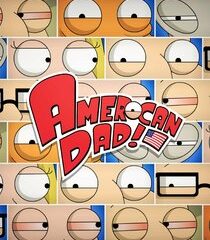 Klaus And Rogu In Thank God For Loose Rocks: An American Dad! Adventure – When the family goes to a...

A Friend in Need: Izzy puts the brakes on her wedding to Bull after he jeopardizes Benny’s election campaign by...

Letting Go: Dr. Claire Brown and the team must face hard truths about what lines they are willing to cross...

A Crimson End: When two members of a prominent family are murdered in Arkansas, a teenage boy is arrested and...