Sequel to 20th Century Fox’s Jesse James (1939), in which HENRY FONDA starred as Frank James, brother of notorious outlaw Jesse. At the end of the movie, Jesse is shot in the back by the Ford brothers.

In The Return of Frank James, Frank (Fonda again) has rejected Jesse’s misguided sense of romantic rebellion and is leading a contented life as a law-abiding farmer. When he hears of Jesse’s death, he decides to let justice take its course and, sure enough, the Fords are convicted of murder. But when the Governor pardons the killers, Frank vows to avenge his brother’s death.

Needing money to fund his mission, he robs the railway (during which a guard is shot), and, with faithful kid Clem (JACKIE COOPER) in tow, together with a little loving support from glamorous newspaper reporter, Eleanor Stone (GENE TIERNEY), Frank eventually catches up with Bob (JOHN CARRADINE) and Charlie Ford (CHARLES TANNEN) who are touring the country in a vaudeville reconstruction of Jesse’s death. In the ensuing confrontation, Charlie Ford falls to his death. Before he can deal with Bob, however, Frank hears that his servant has been accused of the railway robbery murder. He returns to face the music, is tried and acquitted in time to bump into Bob Ford for the film’s thrilling denouement.

Director Fritz Lang had fled Germany in 1933. This Darryl F Zanuck production was only the fourth film he directed in the US, his first for Fox, his first western, and his first colour picture. But despite the novelties of the experience, The Return… sees the director revisit his favourite theme, “the psychology (and indeed the pitfalls) of revenge” (Time Out).

Fonda’s performance in Jesse James had made him a star, and here he’s equally impressive, “underplaying the part in typical quiet style,” according to Variety. Within four years Tierney would be a huge Hollywood star, having taken leading roles in Tobacco Road, Belle Starr, Heaven Can Wait, and Laura. 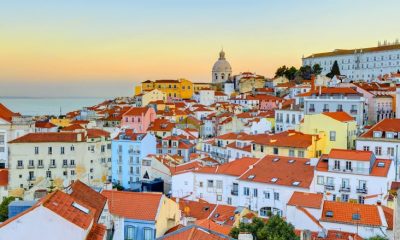