Sweeney 2 , the second and final big screen outing for Regan and Carter, sees the boys from the The Flying Squad on the trail of a gang of deadly armed robbers. They don’t care who gets hurt and will even kill their own if they get injured. Regan, thanks to a word with his former governor Jupp (now in prison on corruption charges), learns that the gang are based in Malta and only return to the UK to carry out their raids. This of course gives Regan and Carter the chance for a couple of days abroad.

The hard tone of the movie fits into the general harder edge of the fourth season (the movie was made just before the fourth season). It gets pretty full on at times. Like the first movie there is added sex and violence to set it apart from the series. To show this is the big screen Carter and Regan drop the big F on a couple of occasions, something that was a complete no no on TV at the time.

As in the first movie there are lots of familiar faces, although Haskins is once again conspicuous by his absence.

The theme music is completely dodgy though, a disco style mish-mash of an American show and The Stud.

classic quote
“You’re client is so bent it’s been impossible to hang his picture straight on the wall for the last 12 months.”

State of the Union: Axel and Julius awaken in the Sunshine Unit, where a familiar face reveals the truth about...

The New You: Frank and the Deputy Commisioner of Press Information, Garrett Moore (Gregory Jbara), quarrel when Garrett refuses to...

A Dredge Full of Dollars: Shawn comes to an agreement with Dave Young that comes with a ticking clock; Zeke’s...

From the Seas and Lots of Cheese: On this trip, Guy Fieri is diving into all sorts of off-the-hook flavors....

A Texas athlete showcases his portable basketball shooting machine; a woman discusses her no-bake snacks; a duo reveals an instant...

Nicholas Obenrader: Liz and the Task Force track new leads in their investigation of N-13, while Red takes steps to... 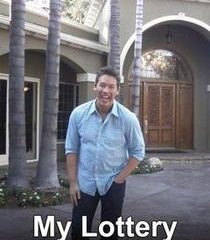 Vacation Time at the Cape: A Massachusetts couple who has been vacationing with their family in Cape Cod for more...