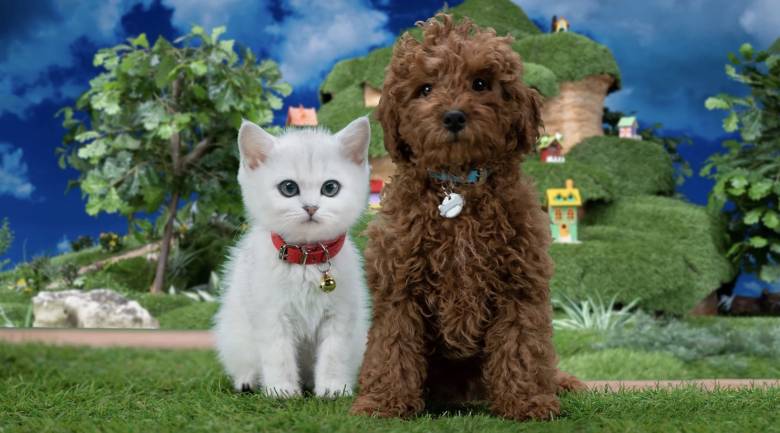 Raft of seven new Sky Originals revealed including Mittens and Pants, narrated by Marcus Bentley, My Friend Misty, with Daisy Haggard as voice of Misty, and Ready, Eddie, Go!, narrated by Jodie Whittaker

Other Sky Originals announced; Ama’s Story, a one-off comedy special based on a British Ghanian and Nigerian family, and BooSnoo! developed with support from the National Autistic Society

Children and families alike are in for a treat as Sky Kids has today unveiled a slate of seven brand new premium Sky Originals set to hit screens this year.

Available to watch on the Sky Kids TV channel which launches on 13 February (EPG 609 Sky), and on demand, this stellar line-up of shows bursting with colour and creativity will keep little ones (age 1-7) inspired and entertained.

Among the raft of Sky Original programming airing is Mittens and Pants (3+), narrated by the iconic Marcus Bentley (Big Brother), following the sweet and funny adventures of live-action shy kitten Mittens and her energetic puppy pal Pants. Every day is full of fun as the mischievous duo explore the world of Kibble Corner and learn to help their furry friends and family understand that difference is good.

Marcus Bentley said: “Viewers won’t be barking up the wrong tree watching this new show, packed with fluffy animals and adventure. This is the purr-fect combination to keep kids entertained and inspire learning!”

Also announced today is Daisy Haggard (Breeders, Back to Life) as the voice of Misty, in recently revealed animated and live-action hybrid Sky Original show My Friend Misty (5+), executive produced by Fearne Cotton, which sees Misty (Haggard) set out to build kids emotional resilience as she pops up with magical visits throughout the show to help children with their feelings. And Jodie Whittaker, as narrator in previously announced show Ready, Eddie, Go! (3+), based on books Eddie’s Stories, written by award winning-author, Nikki Saunders. The series sees loveable character Eddie who is autistic taken step-by-step through new experiences and situations such as a trip to the barbers, so when he encounters this in real life, he’s ready to go.

Adding to the line-up of new shows is a one-off special released in the run up to World Book Day, Ama’s Story (4+). Created by a black British couple of Ghanian and Nigerian heritage, Ama’s Story is based on their daughter’s experience of being unable to find a book or character that represented her own background or culture. This inspired them to write and publish a number of picture books and an animated short based on Ama’s own experiences.

Told through the eyes of six-year-old Ama, the live action show sees Ama trying to decide on her favourite book to take to her school’s book day. Ama’s family help her to realise that she can use her imagination to write her own story, creating her own book full of all her favourite things including a Kente cloth jacket that reminds her of Ghana, which she wears proudly to school, and her talking cat Smokey narrated by international comedian Eddie Kadi.

Creator and author of the series, Cynthia Deluola, said: “It’s so special to see positive representation and our family story being bought to screens, to put smiles on the faces of children everywhere and show them that they can do anything they put their minds to.”

What’s more, when it comes to winding down, new Sky Kids Original BooSnoo! (2+) is a unique blend of calm and exploration providing the chance to reset. The show is inspired by elements that engage children, including those with learning difficulties and children who may be on the autistic spectrum, developed with support of the National Autistic Society. Those watching will follow the journey of a red ball as it moves through fantastic landscapes and machines filled with music, art, space, water and more, captivating interest from start to finish.

The National Autistic Society said: “We are supportive of BooSnoo’s ambition to provide a calming yet engaging programme for children, including those on the autism spectrum. We are excited to see the programme and the reaction to the show this year.”

Also in store are two new Sky Originals, Mia’s Magic Playground S2 (3+) which follows Mia and her best friends Tilly and Oskar as they return to their imaginary world in a new season of adventure, friendship and discovery, developing emotional intelligence and self-confidence inspired through play. And Pooch Mooch (3+), which celebrates the special relationship between a child and their dog, seeing life from the Pooch’s perspective and giving viewers the chance to look at what they get up to with their young owners whilst out and about all around the UK.

Lucy Murphy, Director of Kids Content at Sky said: “We know our younger viewers and their families will love discovering our slate of brand-new shows, as well as enjoying more of their favourite characters. This is a brilliant line-up to start the year on our new channel and there are more exciting announcements still to come”.

From February 2023 a shiny new Sky Kids linear channel (EPG 609 Sky) will launch, housing a raft of Sky Originals and franchise favourites, available at no extra cost for Sky Kids customers. This adds to the existing offering of over 10,000 episodes of kids’ content on demand and a variety of partner channels such as Nick Jr., Cartoon Network and Nickelodeon. Existing Sky customers can upgrade to the Sky Kids package for just £6 a month.