ABC have revealed that the much anticipated second season of Agent Carter will now premiere one week later than originally announced with a two hour premiere on Tuesday 19 January 2016 at 9.00pm

The date change is down to the scheduling of the State of the Union address which is happening on 12 Jan.

When the second season kicks off Peggy Carter (the fabulous Hayley Atwell) must now journey from New York City to Los Angeles for her most dangerous assignment yet. But even as she discovers new friends, a new home – perhaps even a new love – she’s about to find out that the bright lights of the post-war Hollywood mask a more sinister threat to everyone she is sworn to protect. Feuding royals, a deadly planet and a gifted young man who holds the destiny of everyone in his hands. Born...

Following are highlights for “Tamron Hall” for the week of July 26, 2021. Please note: Lineup is subject to change... Ep. 208, “Jacuzzi”: On vacation with Curtis, Anna and Maya are introduced to new crippling insecurities. The girls try to...

Buddy Guy: The Blues Chase the Blues Away – The career of blues guitarist Buddy Guy, a pioneer of Chicago's...

New Babies and New Neighborhoods: Hosts Mina and Karen think their first project in the new Near Eastside neighborhood seems... 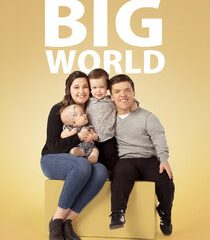 Life Isn’t Fair: Chris tries to adjust to his new chaotic living situation, and Amy gets frustrated as he pushes...