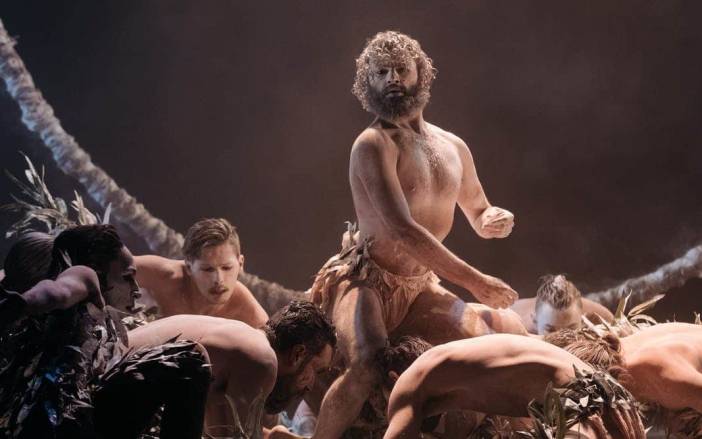 Firestarter, which is available to watch on ABC iview, was named best arts program at the Rose d’Or Awards, which honour excellence and achievement in international television and audio programs.

The stirring documentary, produced by In Films and directed by Nel Minchin and Wayne Blair, and distributed internationally by ABC Commercial and theatrically by Icon Film Distribution, tells the story of how three young Aboriginal brothers – Stephen, David and Russell Page – turned a new dance group into a First Nations cultural powerhouse. The program also won the 2020 AACTA Award for Best Documentary.

“Congratulations to everyone involved in Firestarter at In Films and the ABC, particularly Commissioning Editor Kalita Corrigan, and our funding partners, for such an important story about First Nations culture and creativity.

“The ABC is the place that Australians come to for the best arts content and coverage and we are proud to share this remarkable documentary about the power of art as a force for inspiration, healing and resilience.”

In Films producer Ivan O’Mahoney said he was “absolutely delighted” to win the Rose d’Or Award.

“The stated mission of Bangarra Dance Theatre is to create inspiring theatrical experiences that promote and help raise awareness of Aboriginal and Torres Strait Islander culture.

“Bangarra has been at the forefront of reconciliation between Indigenous and non-Indigenous Australia for over 30 years and are a vital part in our cultural landscape, and this is where the value in winning the Rose d’Or lies for us. The kudos that comes with an award like this will hopefully help us and allow us to spread Bangarra’s word even further and wider around the world.

“Thank you to all of the people who believed in the project and invested in it – the ABC, Screen Australia, Screen NSW and Icon Film distribution, as well as a whole range of philanthropic organisations that stood with us.”

This year’s award for Firestarter continues a stellar run for the ABC at the Rose d’Ors, including wins in 2020 for ABC Children’s First Day and vertical-viewing drama Content.