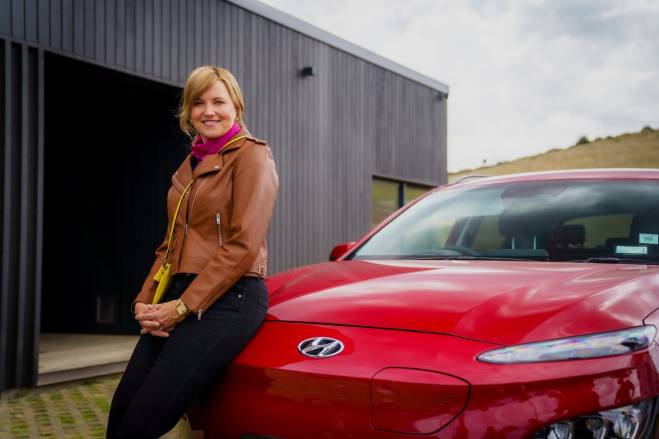 My Life is Murder (Series 3)

When Alexa Crowe (Lucy Lawless, Xena: Warrior Princess) packed up her life in Australia and moved to New Zealand, she expected to bake some amazing sourdough, reconnect with her brother and enjoy some relaxing solitude in her hometown.

But it didn’t take long until this irrepressible investigator found herself poking her nose into a bizarre unsolved murder case that no one else could solve. And then another and another and then suddenly hiding from the world and baking endless loaves of sourdough wasn’t quite enough anymore. Some things will never change.

Now she’s been in Auckland for a while, things are starting to shift for Alexa. She’s built a small community of friends and fellow investigators in Madison, Harry and Reuben and while her time in Melbourne saw her dealing with the loss of her husband and her arrival in Auckland saw her coming to terms with her childhood, Alexa is finally starting to look to the future and what she wants to do next.

Recipes for Love and Murder

Based on Sally Andrew’s acclaimed, bestselling “A Tannie Maria Mystery” novels, this dangerously delicious drama follows an advice columnist (Maria Doyle Kennedy, Outlander, Orphan Black, Kin, The Tudors), who dishes out guidance and tasty recipes for a small-town newspaper in the vibrant region of the Karoo in South Africa.

Things take an unexpected turn when a correspondent who writes to Tannie Maria (“Auntie Maria” in Afrikaans) about her abusive husband is found dead. Maria’s worlds collide as she begins working through her own mysterious past to try to solve the case.

Maria joins forces with a risk-taking, rookie journalist and sometimes rival, Jessie September (newcomer Kylie Fisher), to investigate the murder and catch the killer – before the local police find more victims. But will they make too many enemies in the process and risk the perpetrator catching them first? Also stars Tony Kgoroge (Black Sails, Invictus, Long Walk to Freedom).

A gripping new Nordic noir, based on Leena Lehtolaine’s best-selling novels. Investigating murders wasn’t Maria’s first career choice – she always dreamt of being a lawyer – but now she’s chief of a homicide unit in the Helsinki suburbs.

Just one final exam away from her law degree, Maria’s had enough of her studies, so accepts a temporary position as the lead of the Western Uusimaapolice murder squad. Maria makes a sharp murder investigator, with her quick and decisive ways, but her personal life is quite the opposite. Although career driven, she also dreams of having a relationship and family, but things aren’t quite going to plan as she faces the dilemmas of a 30-something modern woman.

The series sees her tackle a slew of cases, from the murder of a spiritual community to the death of a young girl from an immigrant family that finds Maria amid a nationalist extremist group.

There’s a prostitute poisoned on live TV, a female paedophile killed after her release from prison and a sports boss who suffocates at a sports gala. And her life gets even more complicated when she falls for a colleague, something she vowed never to do.