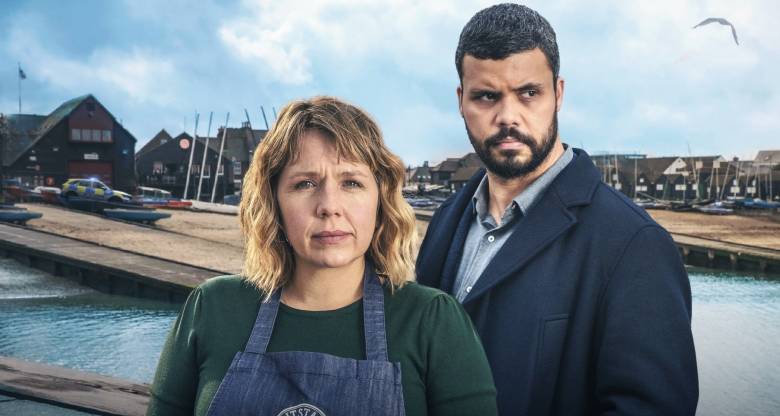 Acorn TV December 2022 Highlights include season 2 of Whitstable Pearl and a Christmas special for The Madame Blanc Mysteries.

Season 2 of Whitstable will finish off it’s run on 12 December and The Madame Blanc Mysteries Christmas special will drop on Boxing Day.

The second season of Whitstable Pearl, which is based on the well-known book series by Julie Wassmer, finds Pearl (Kerry Goldiman, After Life) prioritizing her detective work and changing from a chef who solves crimes to a full-time investigator who also happens to own a restaurant—the titular Whitstable Pearl. Investigations conducted by DCI Mike McGuire (Howard Charles, Shadow and Bone, Top Boy) and Pearl’s cases cross paths.

Their competitiveness and intense attraction for one another fuel their relationship. When they compete, tensions rise and sparks fly. They make an excellent team when they collaborate.

In the Christmas-themed opening episode of the upcoming second season, renowned and admired antiques dealer Jean White (played by Cold Call and Mount Pleasant creator Sally Lindsay) makes a triumphant comeback after escaping an assassination attempt by the cunning Barbara.

Once more, Jean’s knowledge of antiquities is the key to resolving a string of murders and mysteries set against the picturesque French village of Saint Victoire.

The Chief of Police Caron (Alex Gaumond, The Syndicate), who finds himself on the other side of the interview table accused of a crime he didn’t commit, needs Jean’s help in the season opener.