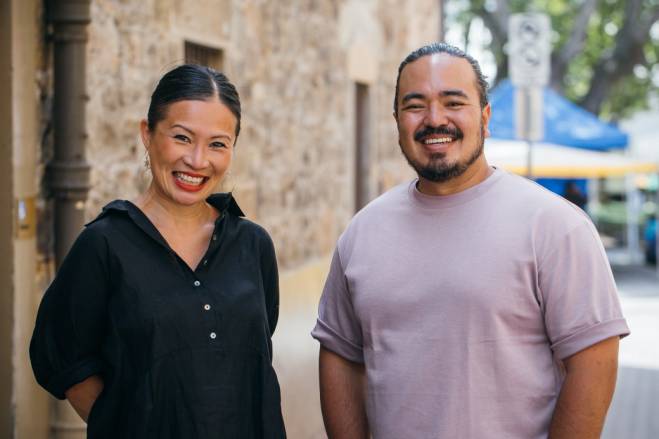 Much of Malaysia and Australia’s long and friendly history revolves around food, but Adam and Poh discover across six episodes that there’s a whole lot more to the relationship than laksas and lattes.

Adam and Poh are on a mission to find the freshest Australian produce, from Tasmanian abalone and Western rock lobster, to recreate the much-loved Malaysian classics such as juicy beef rendang and crispy roti canai. Along the way, they’ll pick up expert tips from local farmers, Malaysian expats and even a Hollywood superstar, to serve up mouth-watering Malaysian dishes with a unique Aussie twist!

Adam and Poh’s Malaysia in Australia is an i8 Studio production for SBS and is part of the Australia now Malaysia program. Premiering 7 October at 8.30pm on SBS Food, the series will also be available after broadcast on SBS On Demand.

The series will be available to stream on SBS On Demand with subtitles in five languages: Arabic, Simplified Chinese, Traditional Chinese, Vietnamese and Korean, allowing more Australians to engage with our diverse programming.

Adam Liaw said: “This is the first time Poh and I have been on camera together, so making this series has been a huge amount of fun, but it’s also a valuable opportunity to highlight the connections between Australia and Malaysia, two nations that share such a long history and which are so special to both of us.”

Poh Ling Yeow said: “We have such great produce here in our own backyard, but what always surprises me is how even the tiniest of places can create delicious experiences. Together, Adam and I are hitting the road to find inspiration for Malaysian cuisine right here in the place we call home.”