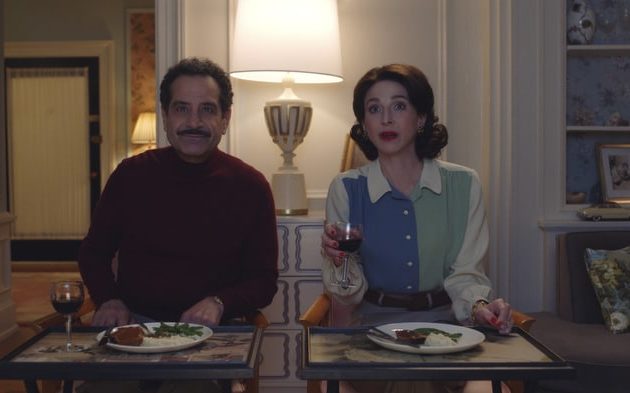 Amazon Prime Video highlights for February 2022 include the premiere of Lee Child’s action thriller Reacher, the fourth season of The Marvelous Mrs. Maisel and comedy I Want You Back.

It’s 1960 and change is in the air. Looking to hone her act, Midge finds a gig with total creative freedom. But her commitment to her craft—and the places it takes her—creates a rift between her and the family and friends around her. The edgy, uncompromising, and hilarious new season includes guest appearances from Kelly Bishop, Milo Ventimiglia, John Waters, and Jason Alexander, and is written and directed by renowned creator Amy Sherman-Palladino and executive producer Daniel Palladino.The Marvelous Mrs. Maisel stars Emmy-winner Rachel Brosnahan, four-time Emmy-winner Tony Shalhoub, two-time Emmy-winner Alex Borstein, Emmy-nominee Marin Hinkle, Michael Zegen, Kevin Pollak, Caroline Aaron, and Emmy-winner Luke Kirby.

Reacher follows Jack Reacher, a veteran military police investigator who has just recently entered civilian life. Reacher is a drifter, carrying no phone and the barest of essentials as he travels the country and explores the nation he once served. When Reacher arrives in the small town of Margrave, Georgia, he finds a community grappling with its first homicide in 20 years. The cops immediately arrest him and eyewitnesses claim to place Reacher at the scene of the crime. While he works to prove his innocence, a deep-seated conspiracy begins to emerge, one that will require Reacher’s keen mind and hard-hitting fists to deal with. One thing above all is for sure: They picked the wrong guy to take the fall. Season One of Reacher is based on Lee Child’s first Jack Reacher novel Killing Floor, and is written for television by Emmy-nominated writer Nick Santora (Scorpion, Prison Break), who also executive produces and serves as showrunner for the series.

Loaded with exclusive interviews with comedians and celebrities who were there—either performing on stage or in the audience—and never-before-seen footage of legendary comedy sets from back in the day, Phat Tuesdays is the inspiring story of how a little experiment to help Black comedians following the tragedy of the 1992 LA riots turned into a triumphant must-see experience. The showcase regularly brought together people from all walks of life—icons and ex-cons, stars and starlets, pros and regular joes—for one purpose, laughter, and became the most popular comedy show in Hollywood during the ‘90s.

I WANT YOU BACK
AVAILABLE EXCLUSIVELY FROM FRIDAY 11 FEBRUARY
GENRE: COMEDY

Peter and Emma were total strangers, but when they meet, one thing instantly bonds them: they were both unexpectedly dumped by their respective partners, Anne and Noah, on the same weekend.  As the saying goes, “misery loves company,” but their commiseration turns into a mission when they see on social media that their exes have happily moved on to new romances, Anne with Logan and Noah with Ginny. Terrified that, in their 30s, they have lost their shot at happily ever after and horrified at the prospect of having to start over, Peter and Emma hatch a desperate plot to win the loves of their lives back. Each will do whatever it takes to put an end to their exes’ new relationships and send them running back to their arms.I Want You Back stars Charlie Day, Jenny Slate, Gina Rodriguez, Scott Eastwood, Manny Jacinto, Clark Backo, Jami Gertz, Dylan Gelula, Mason Gooding, Isabel May, Luke David Blumm.

Jay Baruchel hosts the much-anticipated Canadian version of the international hit comedy series LOL: Last One Laughing, where 10 of Canada’s top comedic talents face-off in a six-hour wacky competition, their objective is to eliminate others from the house by making each other laugh, while not laughing themselves. The comedian who doesn’t break a smile and outlasts their competitors wins the grand prize of $100,000 for their charity of choice. The series uses over thirty cameras to catch all of the deranged hijinks during the unpredictable competition as the all-star cast bring their various styles to the table, including stand-up, musical performance, improvisational, and physical comedy, among others.LOL: Last One Laughing Canada competitors are Caroline Rhea (Sabrina the Teenage Witch), Debra DiGiovanni (Humour Resources), Dave Foley (The Kids in the Hall), Jon Lajoie (The League), Tom Green (Road Trip, The Tom Green Show), Mae Martin (Feel Good), Colin Mochrie (Whose Line Is It Anyway?), Brandon Ash Mohammed (TallBoyz), Andrew Phung (Kim’s Convenience), and K. Trevor Wilson (Letterkenny).