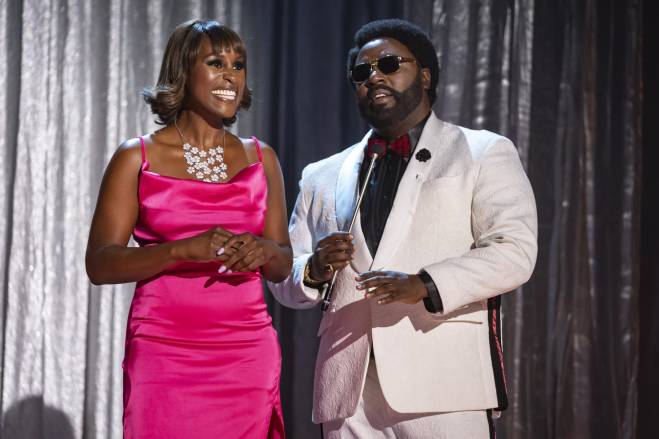 Anne Rice’s Interview with the Vampire

Chafing at the limitations of life as a black man in 1900s New Orleans, Louis finds it impossible to resist the rakish Lestat De Lioncourt’s offer of the ultimate escape: joining him as his vampire companion. But Louis’s intoxicating new powers come with a violent price, and the introduction of Lestat’s newest fledgling, the child vampire Claudia, soon sets them on a decades-long path of revenge and atonement.

Co-created by Fred Armisen, Bill Hader, Seth Meyers and Rhys Thomas, the six-time Emmy-nominatedDocumentary Now! debuted to rave reviews from critics and quickly became a fan favourite thanks to its insightful take on some of the most well-known documentary films. Each episode, hosted by Dame Helen Mirren, takes viewers back in time to honour ground-breaking documentaries.

Based on a collection of short stories by award-winning author Ken Liu, this animated, sci-fi series focuses on a bullied teen (Katie Chang) who receives mysterious help from someone online.

The stranger is soon revealed to be her recently deceased father, David (Daniel Dae Kim), whose consciousness has been uploaded to the Cloud following an experimental, destructive brain scan. David is the first of a new kind of being: an “Uploaded Intelligence” or “UI,” but he will not be the last, as a global conspiracy unfolds that threatens to trigger a new kind of world war.

Hosted and executive produced by small town native, advocate and actress Hilarie Burton Morgan (One Tree Hill, The Walking Dead, Friday Night in with The Morgans), the powerful and captivating series True Crime Story: It Couldn’t Happen Here puts a spotlight on murder cases from small towns across America where questions remain, even if justice has been fully served.

Each episode sees Burton Morgan meet with family members and local insiders as she explores the twists and turns of the case and uncovers the unique challenges of small-town justice.

Each episode of the series is hosted by Sherman McDaniels as he takes viewers through time, via music and comedy drawn from the 40-year library of a legendary (but fictional) musical variety show.