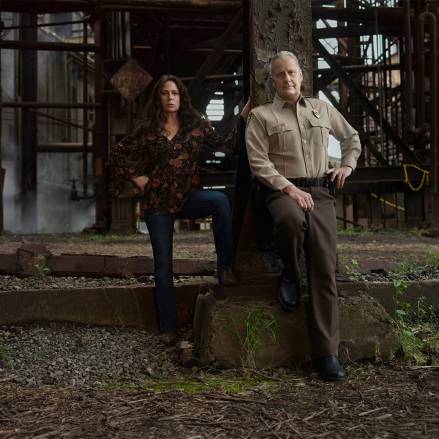 Based on Philipp Meyer’s celebrated debut novel, American Rust is a compelling family drama and a timeless story of wanting a brighter future while being held prisoner by the past.

Starring Emmy winner and Tony nominee Jeff Daniels (The Comey Rule, The Newsroom, Godless, The Looming Tower) and award-winning actress and Emmy nominee Maura Tierney (Your Honor, The Affair, The Report, Beautiful Boy), American Rust is told through the eyes of Del Harris (Daniels), the complicated and compromised chief of police of a Pennsylvania Rust Belt town.

When news of a murder rips through the town, Harris must decide what lengths he is willing to take to protect the son of the woman he loves (Tierney).

American Rust joins a host of the world’s best dramas on Paramount+ including Dexter: New Blood, Why Women Kill and Yellowjackets.