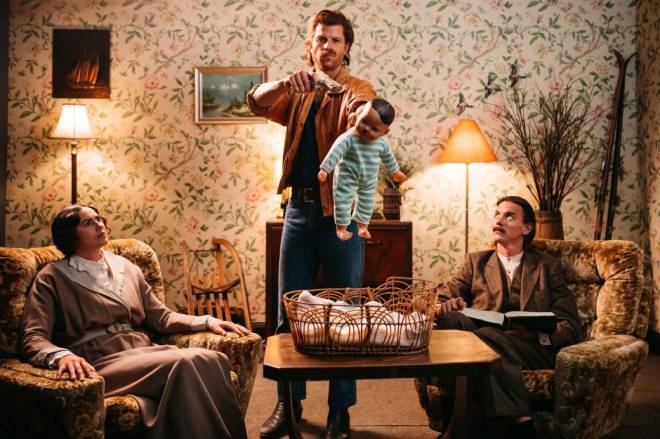 Australian sketch series The Moth Effect will premiere at the end of this month on Amazon Prime Video.

The world is melting but fear not: satirical sketch show The Moth Effect is here to repeatedly flap and bump into humanity until all our problems go away. Created by Nick Boshier and Jazz Twemlow, this satirical bonanza features some of Australia’s best and funniest performers as they punch up and punch themselves, tackling everything from climate change and reality TV to the military industrial complex and time travel paradoxes. There’s no target too weird, complicated, silly, or dumb in season one of The Moth Effect, as Australia’s best and funniest performers send up humanity in 2021.