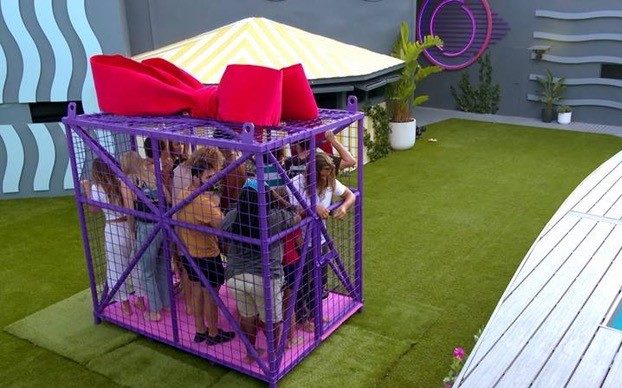 Big Brother threw a sweet surprise party during the Panic Room task, but the sugar rush had a sickly twist. All fourteen housemates were confined to Big Brother’s party cage for 24 hours after Drew and Johnson failed the task.

Sam was unsure who she could trust in the house after talking with Tim. The pair raged in the cage later when their lies and secrets were exposed.

At the second chance challenge, Johnson did his family proud and secured safety from eviction.

With Estelle and Sam on the chopping block, Drew begged his mates Tim and Tully to save his girlfriend, but the power couple got a nasty shock at the eviction ceremony when Estelle secured a landslide victory.

Party Week ended with one last surprise from Big Brother: a cancelled eviction and a reunited Sam and Drew.

Next week on Big Brother: the house gets turned upside down as two of the toughest, most cunning intruders in Big Brother history prepare to blow the game away.

Head to 7plus now for extended votes, exit interviews and unseen moments.

Big Brother Australia continues at 7.30pm next Monday on Channel 7 and 7plus.