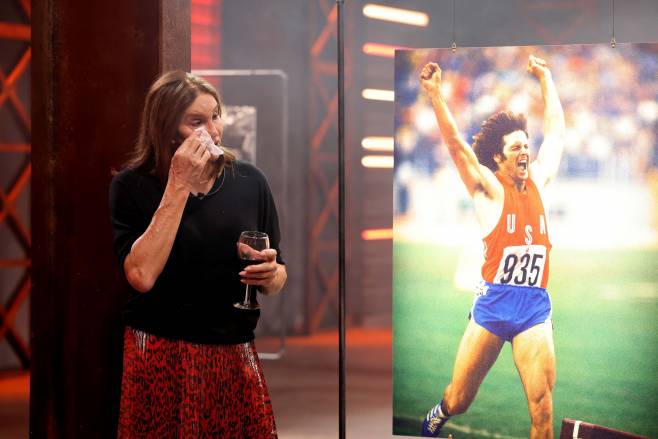 Family became the hot topic of day eight on Big Brother VIP, when Caitlyn Jenner opened up about her relationship with ex-wife of 23 years, Kris Jenner.

During a heart-to-heart with Bernard Curry, who suggested the two were still ‘friendly”, Caitlyn responded:

“Friendly is an interesting question that you use. I would say from my standpoint, our relationship is not as good as it should be. I don’t have any hard feelings toward her. We did a great job of this and that. Yeah, I wish it was closer, but it’s not.”

When asked if Kris may harbour misgivings about her, Caitlyn replied,

“I think that’s an understatement. But, yeah, I mean our relationship is OK, but it’s not…I think it could be better just because of the kids.”

Big Brother gave Luke Toki a secret mission to get Thomas Markle Jr. to rewrite history by penning another letter to his sister Meghan. In the Diary Room, Thomas agreed to rewrite the letter and was grateful to Big Brother for allowing him to right his wrongs.

“The first thing I want to say to both of you is that I’m sorry from the bottom of my heart for the awful, mean letter that I wrote to you prior to your wedding,”

“I know that it was very immature and wrong and I truly regret it. I wish I could turn back the clock and do it all over knowing what I know now. I would have never to have tried to communicate any of my feelings in the media. I feel like a complete ass for what I have done, and I am truly sorry for that.”

“I truly hope you and Harry can find it in your hearts somehow to accept my sincere apology because this is the real Tom Markle Jr. I truly love you guys and I want you to know that about me.”

The VIPs were treated to a tour of the Big Brother Art Gallery, filled with iconic images from each of their lives. Looking at a family photo, Jessika spoke candidly about her mother’s addiction and raising her siblings, while Caitlyn teared up seeing herself winning gold at the 1976 Olympics.

“This photo means a lot to me,”

“I spent 12 years of my life, every day preparing for that moment. I got there and right at that moment, I won the title of the greatest athlete in the world. A few days later I saw this photo – it was on the cover of Sports Illustrated – and the caption was ‘All Right!’ But to be honest with you, that’s exactly how I felt. I thought to myself ‘Oh my god, did I build that character up so big that I’m stuck with him for the rest of my life?’ There was so much more to me than that photo and I struggled with that for a long time.”

Caitlyn went on to share that her favourite part about being female was having “peace in her soul”, which was something she didn’t have as a male.

After the gallery viewing, the VIPs returned to the lift, where Big Brother announced a snap eviction. Everyone pleaded their case to stay, but Caitlyn put up her hand to sacrifice herself. As Caitlyn left the Hotel, Big Brother told her she had the power to give immunity to another Housemate.

Tuesday night night on Big Brother VIP: One VIP receives Caitlyn’s immunity while Danny “The General” Hayes prepares for battle with his target in sight. The game is about to explode.