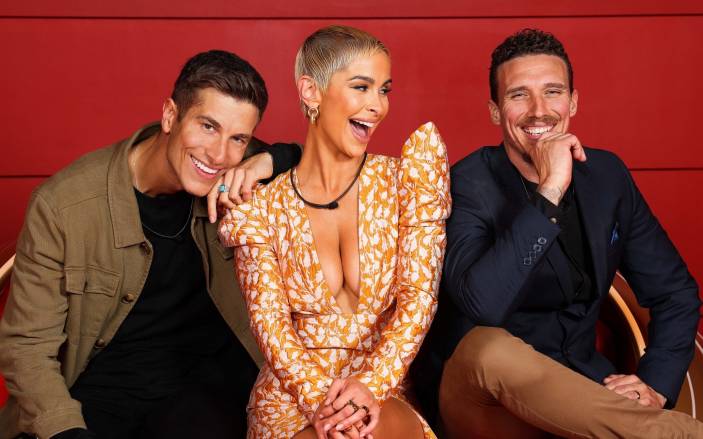 Monday night on Big Brother VIP, Ellie, Luke and Josh took their alliance to the end, claiming their fiercely contested place in Tuesday night’s Grand Final after the eviction of best mates Jessika and Imogen.

Tuesday night, Australia will decide who will wear the Big Brother VIP crown and take home $100,000 for their chosen charity. As always, Big Brother will have a few twists and turns on the menu before they check out.

On the penultimate day in the Big Brother Hotel, Ellie, Luke, Josh, Jessika and Imogen headed to the basement for their second last challenge. Ellie proved to be a queen, completing the challenge in less than five minutes.

Upon returning to the hotel, Ellie nominated Jessika and Imogen, exacting sweet revenge for their previous blindside and their less than welcoming reaction to hearing Ellie was back in the game.

Jessika swung into action trying to get support from Josh and Luke, while Imogen had an epiphany about what the Big Brother experience has meant to her. Tired of always coming in second and being in someone’s shadow, she mustered up the courage to scramble hard. She made an emotional pitch to both Luke and Josh. It worked and Jessika was evicted.

The final four celebrated their place in the competition with an Italian feast and Imogen took the opportunity to make amends, she apologised to Ellie and the girls made up.

The next morning the housemates attacked their final challenge, with Josh securing the win and the power to decide which housemate would go home, as well as who he would take to the Grand Final with him.

A very emotional Imogen showed her vulnerability again, pleading with Josh based on self-growth and self-worth. Despite his alliance with Luke, Luke was worried, and desperate to break his reality show curse.

In the Eviction Room, Josh was torn, admitting it would make sense to send Ellie or Luke home. But true to his word, he chose to send Imogen home, taking Ellie and Luke to the Grand Final with him.

“ I never thought I would make it this far. I did not expect to be so transformed by this experience, it’s definitely given me my spark back… and I feel like doing that, I can do almost anything. I am excited for things ahead. I am not just someone’s ex, I am me, I am Immy, I am Imogen.”

Tueday night on Big Brother VIP: You decide who wins Big Brother’s game. Will it be Luke, Josh or Ellie? The winner will take home $100,000 for their charity and the title of Big Brother VIP.

Their fate is in your hands. Vote now  bigbrother.com.au