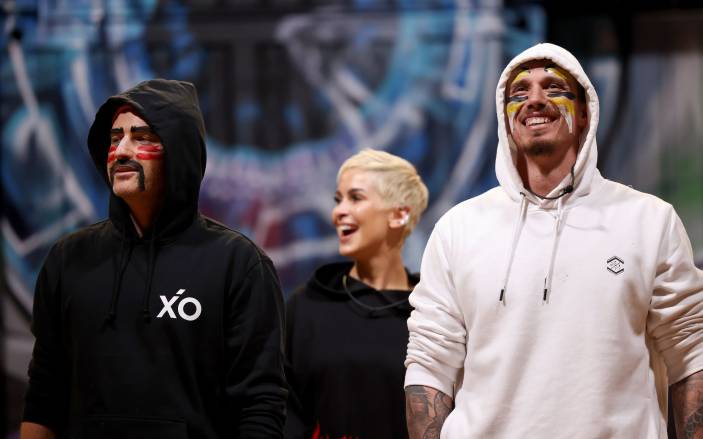 At the halfway point of the VIPs’ stay in the Big Brother Hotel and Bernie was on top of the world after taking out Danny “The General” Hayes.

However, in the diary room, Luke signalled his determination to avenge Danny’s eviction and set his sights on Bernie.

Imogen was given a secret task to ‘smuggle’ live animals from the laundry to the diary room without getting caught. If successful in her task, the VIPs would be rewarded with a video from home. Enlisting Luke’s help to distract the housemates, Imogen successfully transported a rabbit, miniature horse and goat to the diary room.

Later that morning, Big Brother tested the VIPs’ focus with a “15 Minutes of Fame” task. Victors Bernie and Luke then went head-to-head in another epic Big Brother challenge that saw Luke snatch victory and a secret game advantage – the ability to remove himself or a fellow VIP from the upcoming elimination.

After winning a nomination challenge and sick of being put up in evictions as the “safe vote”, Josh made a play to turn the game on its head, putting two of the biggest players – Ellie and Bernie – up for nomination. Close allies Bernie and Ellie decided they had to put their votes onto Luke, only to discover he had vanished, using his advantage to escape through the library to the garbage room.

In the eviction room, Ellie and Bernie’s loyalties were torn, not wanting to end each other’s time in the game. In a unanimous vote, Bernie’s game came to an abrupt end. “Big Brother, it’s been great fun. I did not expect that outcome to get all four votes. I am just going to take it as a compliment,” said Bernie on leaving the hotel. “Josh’s move was a huge power move and I applaud him for that. It was a huge move and it broke up the power couple between Ellie and me.”

Tonight on Big Brother VIP: Get ready for a week unlike any other. Shock after shock and what will happen will be no laughing matter. Big Brother turns the game on its head and turns the VIPs on each other. Is the king about to be dethroned? Who will have the last laugh