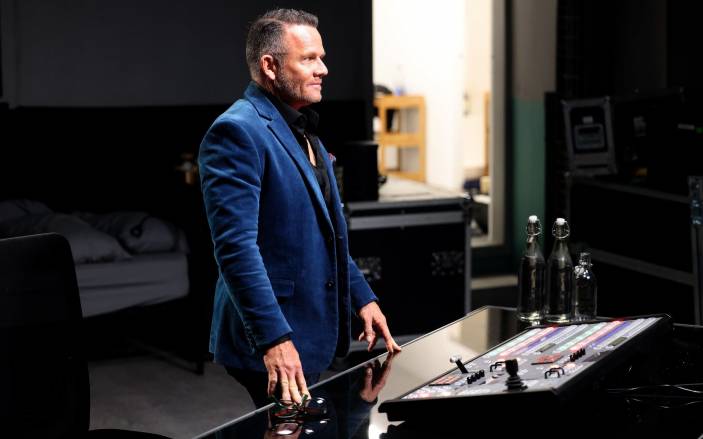 The General is back in the game

It’s day five in the Big Brother VIP Hotel and Omarosa completed her final task before leaving: sharing two hours of valuable intel with one of the greatest players of all time, Danny “The General” Hayes, before he entered the game.

After a restless night, Imogen Anthony opened up to Jessika Power about her ex, radio host Kyle Sandilands, and why their relationship didn’t work out. “He was just working so much, it was just work, work, work, and I want to have kids. We just kind of grew apart.”

Imogen continued: “He’s like, ‘I want you back’, but apparently, he’s seeing this other human, and he’s like playing both sides. I’m like ‘C’mon!’. Then he’s denying that he’s playing both sides. I’m thinking what other choice do I have? This is the person I’ve been with for so long. And then all of a sudden, things were just too undeniable and I was like ‘What are you doing?’. I don’t understand how he could lie so well to me because he was my best friend for so long.”

With the food rations wearing thin, the VIPs took their groceries to the diary room and asked Big Brother for more food. Big Brother responded with a 24-hour food task to increase their food budget. From a potential prize pool of $760, the housemates won $340, with Jessika admitting she let them down by refusing to get out of bed during the night.

By breaking the emergency glass and pressing the red button, Luke Toki unwittingly released Danny into the VIP hotel, where he revealed he had been watching them all for the past two days.

Monday on Big Brother VIP: Thomas Markle reveals what’s in his new letter to Meghan and Harry, while Caitlyn Jenner opens up on her relationship with Kris Jenner. And the game intensifies as our VIPS are pushed to breaking point.

Big Brother VIP – 7.30pm Monday to Wednesday on Channel 7 and 7plus