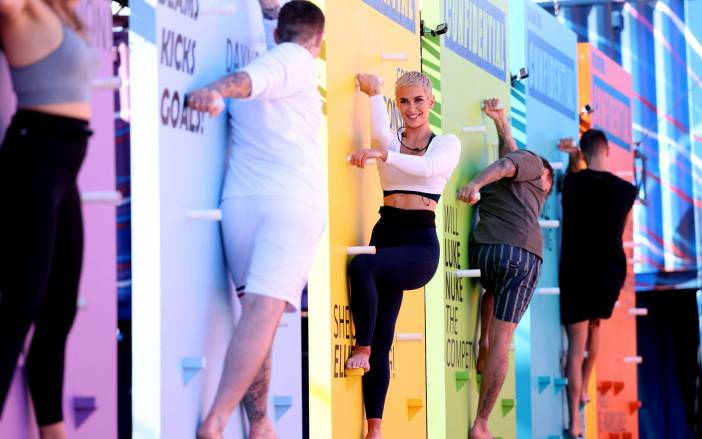 Can they work their way out of the gym and back into the game?

Last night on Big Brother VIP, the power balance of the Big Brother Hotel shifted following Bernie’s shock eviction, leaving the VIPs on edge and new alliances up for grabs.

Out for revenge for always nominating him as the safe vote, Josh set his sights squarely on Ellie.

Big Brother’s next 24-hour shopping task had the housemates working in teams of two, catching letters shot out of a post box in the backyard. Every letter caught added $20 to their shopping budget.

While the housemates became exhausted manning the mailbox around the clock, Big Brother gave Jessika a secret mission – food rewards after each shift if she didn’t catch the letters. Allowed to enlist another housemate, Jessika chose Imogen, and together the pair secretly failed the task in exchange for delicious food and wine. Despite Jessika and Imogen’s spectacular failures, the VIP’s scored $460 to add to their food budget.

After the nomination challenge was announced, Ellie hatched a plan to make the boys turn against each other, telling Josh and Luke that Dayne was coming for them. Similarly, she told Dayne that Josh was coming after him. However, the boys quickly realised she was up to something.

Jessika claimed her first victory in the nomination challenge and made the massive call to nominate Ellie, along with Dayne and Thomas.

Initially shocked and angered by her eviction nomination, Ellie regained her composure and switched into battle mode, pushing the votes onto Dayne. Unfortunately for Ellie, Luke was one step ahead of her, locking in an epic blindside.

In the Eviction Room, everyone pitched hard, but Ellie’s fate was sealed as she landed all the votes. Then, in a surprise twist, Big Brother announced a double eviction with Dayne also sent packing.

As Dayne and Ellie headed to the exit, Big Brother announced their time in the Hotel was not yet over, explaining they would head to Big Brother’s hotel gym to work for their opportunity to get back in the game.

Tomorrow night on Big Brother VIP: Big Brother turns up the heat as Ellie and Dayne work out how to get revenge. Plus, don’t miss the biggest celebrity meltdown in Big Brother history.

Big Brother VIP airs at 7.30pm Monday to Wednesday on Channel 7 and 7plus.