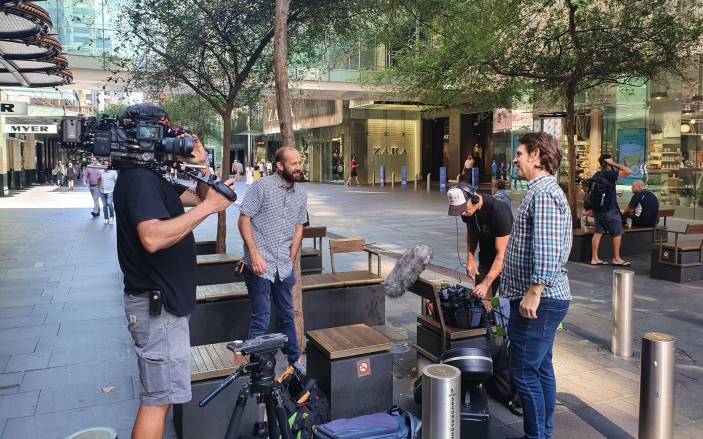 ABC, Screen Australia, and Screen NSW are pleased to announce the premiere of the thought-provoking two-part factual series Big Deal on Tuesday 19 October at 8.30pm on ABC TV, with both episodes instantly available to binge on ABC iview.

Presented by comedian Christiaan Van Vuuren (Soul Mates, Bondi Hipsters) and directed by Craig Reucassel (War on Waste, Fight For Planet A, The Chaser), in his directorial debut, Big Deal takes a look at Australia’s billion-dollar political lobbying industry. For every federal politician, there’s millions of dollars devoted just to swinging their opinion, or their vote.

This engaging ABC factual series is a wake-up call about the frightening extent to which money has infiltrated politics. In the series, Christiaan meets with a range of politicians, journalists, and experts, such as Malcolm Turnbull, Jason Falinski, Sam Dastyari, Scott Ryan, Kate McClymont, Dr Andrew Leigh, Helen Haines, Jacqui Lambie, Katharine Murphy, Linda Burney, and Zali Steggall, to ask, ‘Is Australia’s democracy for sale?’

“We Aussies love the underdogs, those who stand up against the powerful. So, I just don’t understand why we accept a system where the rich and powerful get special treatment? I want us to live in a country where passionate leaders lead and where their ideas for our nation are what get them elected … not their ability to raise money.”

“Polling shows that many young people do not think that democracy is the best form of government – and that is absolutely tragic. We’re becoming disengaged, and unfortunately our democracy is moving away from something that is responding to us. The surprising thing that this documentary reveals is that while there are a lot of problems, many that politicians need to fix, there’s also a lot of things that we can do ourselves.”

On his directorial debut Craig said that

“It was also great being behind the camera for once. It meant I got to make Christiaan undertake awkward stunts, rather than having to do it myself. Much more fun!”