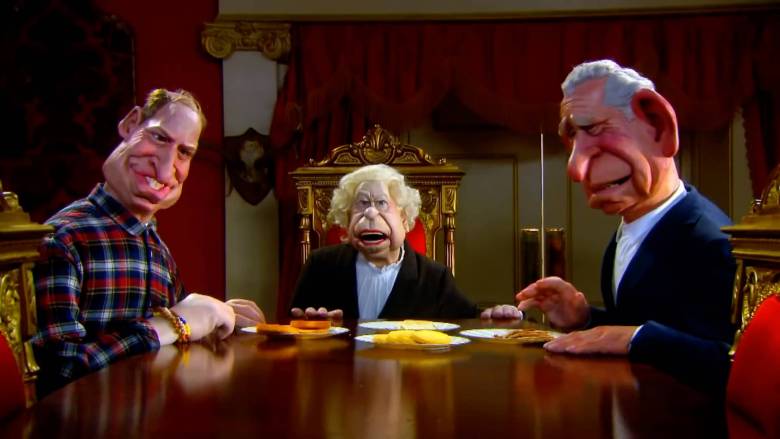 With the season blossoming into spring, BritBox is celebrating this month in true British garden party style. Enjoy lighthearted British television comedies or get inspired with new at-home hobbies such as gardening, sewing and cooking. For binge-watching evenings, sit back and watch the best of British television and film such as a gripping true crime drama or nostalgic sci-fi.

From the makers of Line of Duty, Pembroke Murders comes exclusively to BritBox, starring Luke Evans (Dracula Untold, Beauty and the Beast, The Great Train Robbery). This three-part mini-series follows a true crime pursuit of the most notorious serial killer in Welsh history.

Exclusive and express from the UK, the world’s most prestigious flower and landscape garden event returns for 2021 with special guests. Past show guests include Monty Don, Joanna Lumley, Dame Judi Dench, Mary Berry and the Royal family.

Exclusive and complete boxset, Mum, an award-winning comedy series that follows a recently widowed suburban mother as she finds her feet after the loss of her husband, is also coming to BritBox. From the makers of Rev. and Hot Fuzz.

Cult sci-fi, Blake’s 7 finally arrives to BritBox, being one of BritBox’s most requested series since launch. BritBox is the only place to watch Blake’s 7 in Australia.

This highly rated series brings together a selection of Britain’s passionate home sewers to take on a series of difficult challenges to recreate patterns, alterations and designs with their sewing machines.

A highly requested fan favourite that has become the most watched lifestyle show on BritBox.

Written by BAFTA award-winning sketch comedy performer Stefan Golaszewski (Him & Her), the series follows a recently widowed suburban mother as she finds her feet after the loss of her husband. Starring Lesley Manville (Phantom Thread, Another Year, River), watch her navigate life surrounded by her supportive yet sometimes problematic friends and family.

Mary Berry is Britain’s queen of baking. The author of more than 70 cookbooks, celebrity chef Berry embarks on a journey around the world to find delicious recipes that take seconds to create.

Get your tummy roaring with dishes such as cappuccino chocolate pie and king prawn and broccoli stir fry as Mary Berry teaches the art of quick and effortless cooking.

One of the highest rating cooking shows on BBC2 in 2019, this season complements the growing Mary Berry collection on BritBox.

Spitting Image
Season 2
BritBox original, exclusive to BritBox, express from the UK
The ultra-topical puppet parody series is back to savagely lampoon the world’s biggest figures with some uncanny caricatures.

Following the highly popular first season, expect the show’s expert team of impressionists and writers to lampoon the top news stories of the week through the use of caricature-like puppets. From world leaders to controversial billionaires, and even Australia’s own Prime Minister Scott Morrison, gear up for sharp-witted humour and commentary on the news of today.

Made exclusively for BritBox, Spitting Image was revived last year after originally airing in 1984 and 1996. With original Spitting Image creator Roger Law remaining at the helm, there’s no doubt these puppets will be as controversial as ever in this satirical comedy.

Hidcote: A Garden for All Seasons
Documentary – new to BritBox
Step into one of the most famed and notable gardens of all time.

The Hidcote Garden is thought to be the world’s most-influential garden of the 20th century and the inspiration to renowned garden designers of today.

This special tells the story of Hidcote and Major Lawrence Johnston, the enigmatic genius behind it. Located in the beautiful Cotswolds, Hidcote was the first garden ever taken on by the National Trust, who spent £3.5 million restoring this intricate garden using Johnston’s original vision.

This documentary takes you through a visual feast of the garden’s stunning ‘outdoor rooms’ with each section possessing its own character.

The Pembrokeshire Murders is a gripping true crime story about the pursuit of the most notorious serial killer in Welsh history. The three-part miniseries follows DCI Steve Wilkins played by Luke Evans (Dracula Untold, Beauty and the Beast, The Great Train Robbery) who is tasked with hunting down notorious serial killer John Cooper.

From the producers of Line of Duty and written by BAFTA-nominated Nick Stevens (In Plain Sight), this series also stars Keith Allen (Shallow Grave, Robin Hood) and Oliver Ryan (Killing Me Softly, All The Money In The World). With more than 11 million viewers, The Pembrokeshire Murders broke rating records when it aired in the U.K earlier this year.

The RHS Chelsea Flower Show 2021
Exclusive and new to BritBox
Express from the UK
The world’s most prestigious flower and landscape garden event returns for 2021.

For the first time in its 100-year history, the RHS Chelsea Flower Show will be held in September, complete with its signature awe-inspiring floral and garden designs.

This year’s event will celebrate the hardworking lives of nurses and the NHS, with a series of outstanding and colourful gardens in tribute to the nursing profession.

A cult classic that smashed television ratings in the 70s and 80s, Blake’s 7 has remained a fan favourite since its first ever broadcast in 1978 which received more than 10 million views.

Fast forward to a time where intergalactic travel is possible and follow freedom fighter Roj Blake, played by Gareth Thomas (Star Maidens, Knights of God) and his raffish band of outlaws on board the spaceship Liberator as they take on the might of the Federation. Created by iconic writer Terry Nation also starring Michael Keating (EastEnders, Midsomer Murders) and Paul Darrow (Doctor Who, Die Another Day).