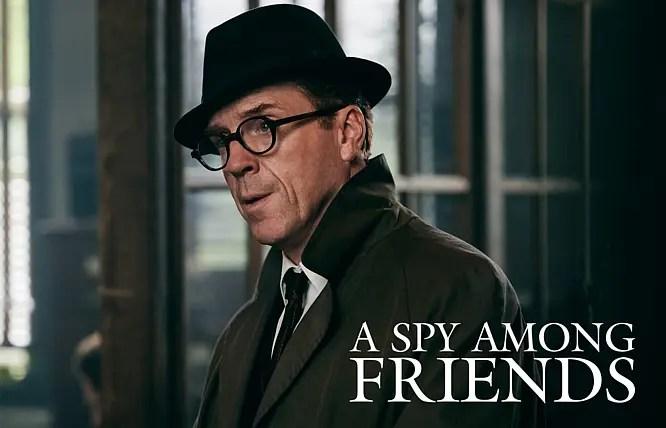 Britbox Australia Highlights for December 2022 include the highly anticipated A Spy Among Friends and Christmas specials for Shakespeare and Hathaway and Greg Davies sitcom The Cleaner.

A SPY AMONG FRIENDS

The first-ever film adaptation of Ben Macintyre’s New York Times best-selling book about two British spies and lifelong friends Nicholas Elliott and Kim Philby. The most well-known British defector and Soviet double agent in history was Philby. This is a tale of personal deceit, betrayal, and loyalty. At the height of the Cold War, Philby’s deeply personal betrayal was discovered, which destroyed both British and American intelligence.

Anchored by an outstanding cast of Damien Lewis (Homeland, Billions), Guy Pearce (Jack Irish, Mare of Easttown) and Anna Maxwell Martin (Motherland, Line of Duty) who bring to life the story of friendship and betrayal during the Cold War. Enjoy the new six-part series directed by BAFTA winner Nick Murphy (The

Awakening, Blood) and written by Alexander Cary (Homeland, Lie To Me, In Plain Sight).

Frank and Lu, an eccentric detective team, are hired to identify the “Voice in the Dark” who is threatening to ruin Wintermas, the community’s Christmas celebration. Frank’s young assistant Sebastian is given his first solo case while the couple is preoccupied with saving Wintermas.

The sitcom’s special stars BAFTA winner Greg Davies (Taskmaster, The Inbetweeners) as the cleaner who comedically observes each crime scene with a handful of extra suspicious guest stars.

Another spooky-good season of this BAFTA-nominated series’ spooky comedy is now available.

Alison and Mike, the owners of a run-down property, are amusingly haunted by its supernatural occupants.

In the most recent season, Alison and Mike are working hard to realize their vision for a new guest house. But when a startling revelation is revealed by an unexpected visitor at Button House, Alison begins to doubt everything she thought she knew.

Different levels of fear, distrust, and – in some cases – delight are displayed by the local ghosts. Mike, meanwhile, is more determined than ever to make Button House a household name.

Written and created by the stars of ‘Horrible Histories’.

For more information on BritBox or to claim your 7 day free trial, visit www.britbox.com