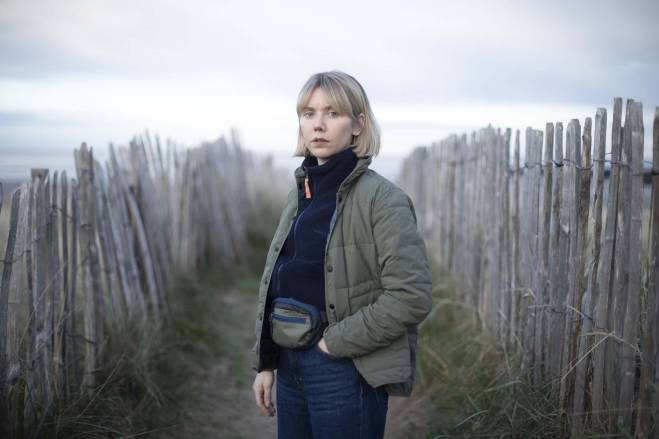 Season three of All Creatures Great and Small, exclusive crime drama Ridley, and Karen Pirie, starring Lauren Lyle, are just a few of the fantastic new and exclusive content offerings available this October on BritBox Australia.

The unsolved murder of a barmaid becomes the subject of a popular true crime podcast and young Detective Sergeant Karen Pirie is tasked with solving the 1995 case. During her review, she uncovers flaws in the original investigation.

Watch the new series starring Lauren Lyle (Outlander, Vigil), Chris Jenks (Sex Education); created by the makers of Line of Duty (World Productions); based on the first novel of the bestselling book series, The Distant Echo, by acclaimed author Val McDermid; and adapted by Emer Kenny (The Curse, Father Brown).

Line of Duty’s Adrian Dunbar stars as a troubled ex-cop.

when his former protégée asks for his help cracking a complex murder case.
Also starring Bronagh Waugh (The Suspect, Unforgotten, The Fall) and Georgie Glenn (Call the Midwife); and produced by the writer behind Vera, Shakespeare & Hathaway, Casualty and Father Brown.

Self-confessed collector and miniatures enthusiast Sandi Toksvig (QI, The Great British Bake Off) hosts this amateur crafters competition where 10 contestants from across Britain are challenged with renovating an entire derelict mansion into a fantasy home. The catch – it’s all miniature.

Over eight episodes, the crafters work in teams to tackle the house room by room, with each room having to be fully furnished in a different and stunning interior design theme. Whether it be tiny tables, toilets, curtains or food, all of the contents made for the house must be shrunk down to a twelfth of their usual size.

Only when the mini mansion is complete can one person be crowned champion of the Great Big Tiny Design Challenge.

ALL CREATURES GREAT & SMALL From 25 October

Wedding bells chime and animal ailments aplenty, the latest season of All Creatures Great and Small is packed with heartwarming tales.

This highly popular revival of the original 1970s series depicts charming stories of a rural veterinary practice set in 1930s countryside Yorkshire, and based on the true anecdotes from famous veterinarian, James Herriot.

A female detective is set to solve murders that take place in Scotland’s waterways.

Viewers are given an inside look into Glasgow’s Marine Homicide Unit as Strandhed solves complex cases, navigates being a working mum with a teenage daughter, and wryly breaks the fourth wall.

OUT OF HER MIND From 6 October

A quirky comedy on surviving heartbreak, rejection and family drama.

This cynical comedy follows a fictionalised Sara Pascoe (W1A, Twenty Twelve) as she tries to navigate her life after being left at the altar.

This eccentric sitcom tackles her dysfunctional relationships with family, marriage and romance through her bleak view of love in the 21st century.

Out Of Her Mind comes highly rated, with 4-star reviews from The Times UK and The Telegraph UK. Written by and starring one of the UK’s leading comedians, Sara Pascoe, the show also stars Juliet Stevenson (Truly Madly Deeply, Bend it Like Beckham) and Fiona Button (The Split, Grantchester).