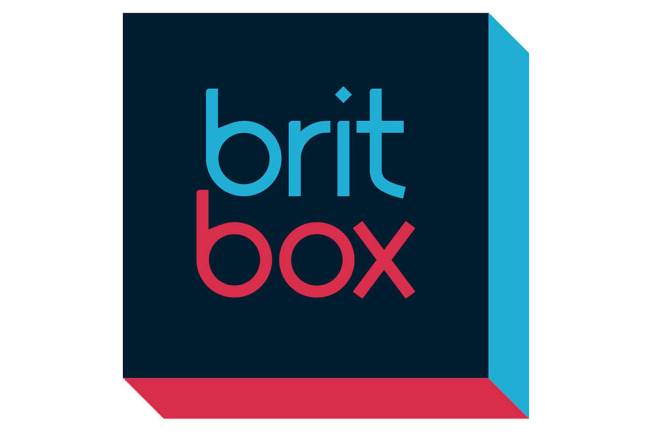 Content that will be available on the service starting in October 2022 has been announced by BritBox UK.

With a wide selection of movies, including cult favourites like The Wicker Man (1973), Don’t Look Now, The Falling, and The Hole, among others, BritBox is celebrating the spooky season throughout October.

Hammer Horror fans are also in for a treat, with titles including Doctor Jekyll and Sister Hyde, Dr. Terror’s House of Horrors, Frankenstein Created Woman and The Nanny, all available from 27th October.

Four tourists don’t pay heed to the warnings of a priest and go to Count Dracula’s castle. His servant kills one of them to resurrect Dracula and lures the other to be his first victim. Starring Christopher Lee, Barbara Shelley, Suzan Farmer and Francis Matthews.

Duc De Richeleau notices his friend’s son Simon is into occult and is concerned about him and if immediate measures are not taken, Simon will lose his life in three days. Starring Christopher Lee, Nike Arrighi, Leon Greene and Charles Gray.

It’s 1969 at a strict English girls’ school where charismatic Abbie and intense and troubled Lydia are best friends. After a tragedy occurs at the school, a mysterious fainting epidemic breaks out threatening the stability of all involved. Starring Maisie Williams, Florence Pugh and Maxine Peake.

A medical professor and his daughter link a Cornish epidemic to a village squire’s voodoo. Starring Andre Morrell, Diane Clare and John Carson.

A woman wakes up every day, remembering nothing as a result of a traumatic accident in her past. One day, new terrifying truths emerge that force her to question everyone around her. Starring Nicole Kidman, Colin Firth and Mark Strong.

Famous chef Gareth Blackstock struggles with dividing time between wife Janice and the restaurant. It’s a good thing he can let off steam with his remarks. Starring Lenny Henry, Roger Griffiths and Caroline Lee-Johnson.

A married couple grieving the recent death of their young daughter are in Venice when they encounter two elderly sisters, one of whom is psychic and brings a warning from beyond. Starring Donald Sutherland, Julie Christie, Hilary Mason and Adelina Poerio.

While awaiting execution for murder, Baron Victor Frankenstein tells the story of a creature he built and brought to life – only for it to behave not as he intended. Starring Peter Cushing, Christopher Lee, Hazel Court and Valerie Gaunt.

Frankenstein and The Monster From Hell (1974)

Baron Victor Frankenstein continues his macabre experiments as the surgeon of an insane asylum, but his new creation is intent on revenge. Starring Peter Cushing, Shane Briant, David Prowse and Madeline Smith.

A sceptical professor visits a remote British estate to debunk allegations of psychic phenomena, but soon finds himself haunted by a ghost from his own past. Starring Kate Beckinsale, Aidan Quinn, Anthony Andrews and Geraldine Somerville.

When a female zoology student is invited to a remote seaside mansion to assist a primatology professor with his experiments involving chimpanzees, dangerous events start to occur, all involving the intelligent 45-year-old chimp, Link. Starring Elisabeth Shue, Terence Stamp and David O’Hara.

In the 17th century, two Portuguese Jesuit priests travel to Japan in an attempt to locate their mentor, who is rumoured to have committed apostasy, and to propagate Catholicism. Starring Andrew Garfield, Liam Neeson and Adam Driver.

In 1921, England is overwhelmed by the loss and grief of World War I. Hoax exposer Florence Cathcart visits a boarding school to explain sightings of a child ghost. Everything she believes unravels as the ‘missing’ begin to show themselves. Starring Rebecca Hall, Dominic West, Imelda Staunton, Shaun Dooley and Isaac Hempstead Wright.

A group of friends go on an expedition to a cave. Their expedition turns into a nightmare when they get trapped inside the cave and are pursued by blood-thirsty predators. Starring Shauna Macdonald, Natalie Mendoza, MyAnna Buring and Alex Reid.

The authorities find a blood-covered Sarah Carter with no memory of what happened during the spelunking exploration. They decide to take her back to the caves where the incident occurred. Starring Shauna Macdonald, Natalie Mendoza, MyAnna Buring and Josh Dallas.

A ghost writer, hired to complete the memoirs of a former British Prime Minister, uncovers secrets that put his own life in jeopardy. Starring Ewan McGregor, Pierce Brosnan, Olivia Williams and Kim Cattrall.

In a utopia whose perfection hinges upon control of monogamy and privacy, members of the collective begin to question the rules, putting their regimented society on a collision course with forbidden love and revolution. Starring Alden Ehrenreich, Jessica Brown Findlay, Joseph Morgan, Harry Lloyd and Hannah John-Kamen.

Two brothers with opposite temperaments unwittingly run over and kill an old man. But their attempts to cover up the crime only stir up more trouble. Starring Mark Bonnar, Jamie Sives, Sara Vickers and Emun Elliott.

An orphan who lives with his two cruel aunts befriends anthropomorphic bugs who live inside a giant peach, and they embark on a journey to New York City. Starring Paul Terry, Susan Sarandon, Richard Drewyfuss, Miriam Margoyles, Simon Callow and David Thewlis.

An English professor falls for a minor, and has to face the consequences of his actions. Starring Jeremy Irons, Dominique Swain, Melanie Griffith and Frank Langella.

A modern-day musical about a busker and an immigrant and their eventful week in Dublin, as they write, rehearse and record songs that tell their love story. Starring Glen Hansard, Markéta Irglová, Bill Hodnett and Danuse Ktrestova.

A London woman’s love life and career both hinge, unknown to her, on whether or not she catches a train. We see it both ways, in parallel. Starring Gwyneth Paltrow, John Hannah, Peter Howitt, Jeanne Tripplehorn and John Lynch.

A British mystery author visits her publisher’s home in the South of France, where her interaction with his unusual daughter sets off some touchy dynamics. Starring Charlotte Rampling, Ludivine Sagnier, Jean-Marie Lamour and Charles Dance.

A group of Irish noblemen kidnap girls in order to marry into their fortune and avoid becoming priests or soldiers. Starring Sophia Myles, Daniel Lapaine, Matthew Rhys and Liam Cunningham.

A strangely short-lived Scottish sitcom chronicling the eccentric passengers and crew of a fictional small airline operating out of Prestwick Airport. Notable for some very surreal comedy and the all singing, all dancing titles.

When electrocuted by the fuse box at home, Graham gets ideas concerning his nagging wife and the guy, who got Graham’s promotion at the office. Starring Michael Caine, Elizabeth McGovern, Peter Riegert and Swoosie Kurtz.

Retired British spy Harry Palmer is called back into service by his government to help prevent North Korea from getting its hands on a deadly virus called “The Red Death”. Starring Michael Caine, Jason Connery, Mia Sara and Michael Gambon.

Series 1 follows Ben Coulter who is accused of committing a crime that he has no recollection of after a drunken and drug-filled night out. Series 2 follows Juliet through the criminal justice system after she stabs her abusive husband. Starring Ben Whishaw, Maxine Peake, Alice Sykes and Vineeta Rishi.

A trip to the countryside turns out to be far from idyllic for a father and his new fiancée when his kids decide the house is a little too crowded. Starring Raffiella Chapman, Aisling Loftus and Tom Goodman-Hill.

An MI6 defector has his appearance altered by the K.G.B. and is sent back to Britain to retrieve top-secret documents. Starring Michael Caine, Laurence Olivier, Susan George and Charles Gray.

Sam Woodford, a sixteen-year-old, looks and behaves like a usual teenager. But deep inside his mind, he harbours psychopathic tendencies that can be harmful to society. Starring Jack Rowan, Daniel Mays, Lara Peake and Pal Aron.

Blackly comic variation on the classic tale, in which the good doctor, experimenting with ways to prolong life, tests the formula on himself and metamorphoses into a beautiful woman. His alter ego turns out to have a very nasty streak, killing prostitutes who, terrified of Jack the Ripper, believe they have nothing to fear from a woman. Starring Martine Beswick, Ralph Bates, Dorothy Alison and Lewis Fiander.

After being reanimated, Baron Frankenstein transfers the soul of an executed young man into the body of his lover, prompting her to kill the men who wronged them. Starring Peter Cushing, Susan Denberg, Thorley Walters and Peter Blythe.

Nanny (Bette Davis) brings morbid 10-year-old Joey back from the psychiatric ward he’s been in for two years, since the death of his younger sister. Joey refuses to eat any food Nanny’s prepared or take a bath with her in the room. He also demands to sleep in a room with a lock. Joey’s parents – workaholic Bill and neurotic Virgie – are sure Joey is disturbed, but he may have good reason to be terrified of Nanny.

Rasputin, an evil monk, possessed with strange powers of healing, goes to St. Petersburg to fulfil his evil ambitions. He influences people using his powers and gains a place in the palace. Starring Christopher Lee, Barbara Shelley, Francis Matthews and Suzan Farmer.

In a Cornish village, various locals die from mysterious snake bites, but the coroner rules the deaths as heart attacks, until a family of newcomers starts an investigation. Starring Jennifer Daniel, Jacqueline Pearce, Ray Barrett and Michael Ripper.

After a bat’s blood drops on his ashes, Dracula rises to trouble Simon and Sarah, a couple on a lookout for Paul, who had mysteriously disappeared a while back. Starring Christopher Lee, Christopher Matthews, Jenny Hanley and Dennis Waterman.

An American occult novelist battles to save the soul of a young girl from a group of Satanists, led by an excommunicated priest, who plan on using her as the representative of the Devil on Earth. Starring Christopher Lee, Nastassja Kinski, Richard Widmark and Honor Blackman.