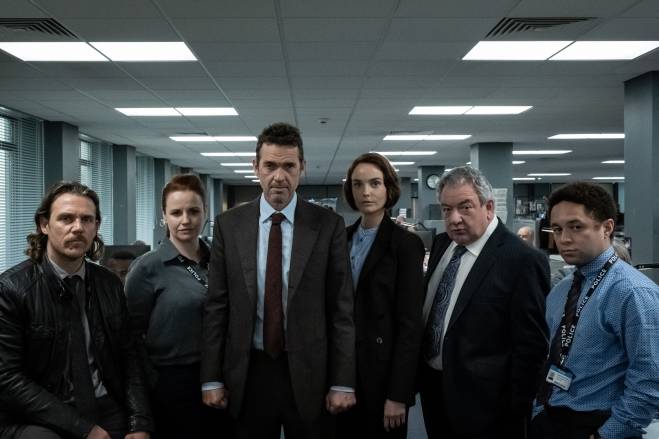 BritBox UK has today released the trailer for the highly anticipated first TV series from Irvine Welsh, Crime. The six-part series will be available as a box set exclusively to stream on BritBox from Thursday 18th November.

“They say the road to hell is paved with good intentions, not in my mind…”

Prepare to enter the dangerous world and troubled mind of Detective Inspector Ray Lennox (Dougray Scott, Mission: Impossible 2, Batwoman, The Woman in White), a man engaged in a disturbing battle with his own demons, through the demanding and very public medium of serious crime investigations.

Crime is the story of Ray Lennox in a city on the edge of the abyss. Lennox is a man whose clear sight is not always a blessing. A girl goes missing. A town is in fear. A police department fights with itself. A hero is lost; tortured by his own demons and all the while, watching, waiting, a brutal killer is poised to strike.

Crime is set in Edinburgh and directed by James Strong (Broadchurch, and Vigil) and David Blair (Isolation Stories, The Barking Murders). Crime is being produced by Buccaneer Media and Off Grid Film and TV. Based on his best-selling novel, Crime is adapted by Irvine Welsh alongside his long-standing screenwriting partner Dean Cavanagh (Creation Stories). Executive producers are Irvine Welsh, Dean Cavanagh, Dougray Scott, Tony Wood, Richard Tulk-Hart, Pamela Hansson and James Strong.