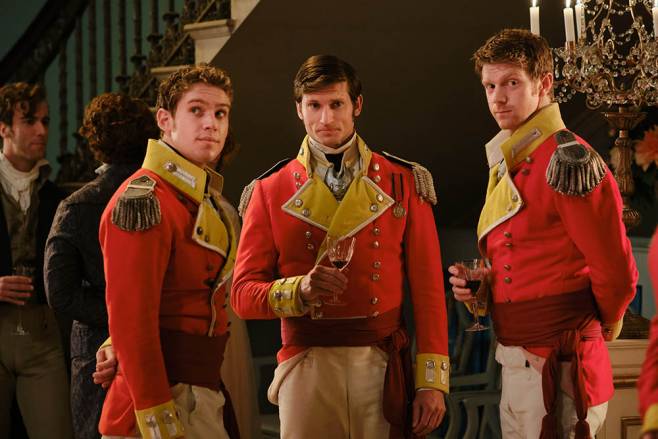 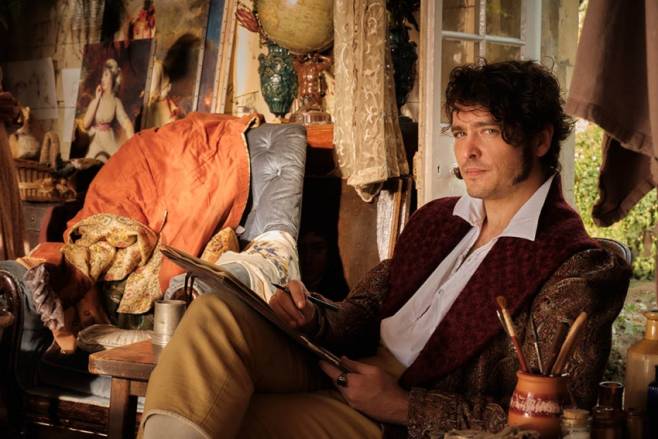 The new characters set to stir up a storm in the second series of Sanditon are revealed today as Britbox UK announce the series will premiere on Monday 21 March 2022, shortly after being broadcast in the US. The Jane Austen inspired drama from Red Planet Pictures will premiere on Sunday 20 March 2022 at 9/8c on MASTERPIECE on PBS in the US and will also air on ITV later next year in the UK. 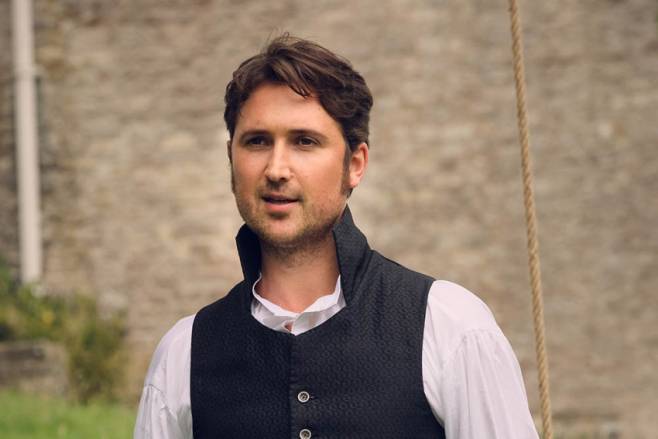 Joining Charlotte Heywood, Miss Lambe and the stalwarts of Sanditon is Alexander Colbourne (Ben Lloyd-Hughes), thoughtful, cerebral, and antisocial to the point of reclusiveness, who takes up residence in his family seat at Heyrick Park. Also setting foot on the sandy shores are the military men, led by Colonel Francis Lennox (Tom Weston-Jones), who soon shows that first impressions aren’t everything. Plus, Captain Declan Fraser (Frank Blake) and Captain William Carter (Maxim Ays), who both strike up an acquaintance with Charlotte’s younger sister Alison Heywood (Rosie Graham). Making Georgiana’s acquaintance is the enigmatic and worldly Charles Lockhart (Alexander Vlahos), a Byronic artist, lover, critic, and explorer in equal measures!

The new series picks up with heroine Charlotte Heywood (Rose Williams) returning to the picturesque coastal resort, as the town is growing in popularity. Determined as ever to live a life less ordinary, Charlotte takes up the role of governess to Augusta Markham (Eloise Webb), Alexander Colbourne’s ward and niece, who reluctantly lives in a loveless home and soon gives Charlotte a run for her money. Charlotte’s spirited younger sister, Alison Heywood comes to Sanditon to pursue her own romantic dream, and joined by The Parkers, the second series promises new romances, friendships, and challenges for the residents as the Army make Sanditon their new base.

Tom Parker (Kris Marshall) strives to rebuild Sanditon but there are many unforeseen issues awaiting him, while the secrets and lies of the dysfunctional Denhams continue to rock the foundations of the sunny seaside town. And, in her last summer season before turning 21, Georgiana Lambe (Crystal Clarke), keen to forge her own identity, gets up to mischief in the name of love…but will she run the risk of being lonelier than ever before?

Series two will premiere as a BritBox Original in the UK on Monday 21 March 2022 and in the US on MASTERPIECE on PBS on Sunday 20 March 2022 at 9/8c. The new series of Sanditon will also air on ITV following the premiere window on BritBox UK. Justin Young (Death in Paradise, Ripper Street), who wrote four episodes of the first season of Sanditon, has developed the new series and is lead writer and executive producer. Davies, who originally created the drama, returns to write and executive produce. Colin Bytheway, Janice Okoh, Ellen Taylor and Robin French also write for the series.

BBC Studios are the international distributors of all three series; and have sold series one of Sanditon to 176 countries across the globe since its 2019 UK premiere on ITV. PBS Distribution is the distributor of all three seasons in the US and Canada. The series producer is Rebecca Hedderly (Casualty), the producers are Ian Hogan (Black Mirror) and Amy Rodriguez (Harlots) and lead director is Charles Sturridge (Marcella), with Ethosheia Hylton (Ackley Bridge) directing episodes 4,5 and 6. Executive producers are Belinda Campbell and Tim Key for Red Planet Pictures, Susanne Simpson for MASTERPIECE and Chloe Tucker for ITV/BritBox UK.