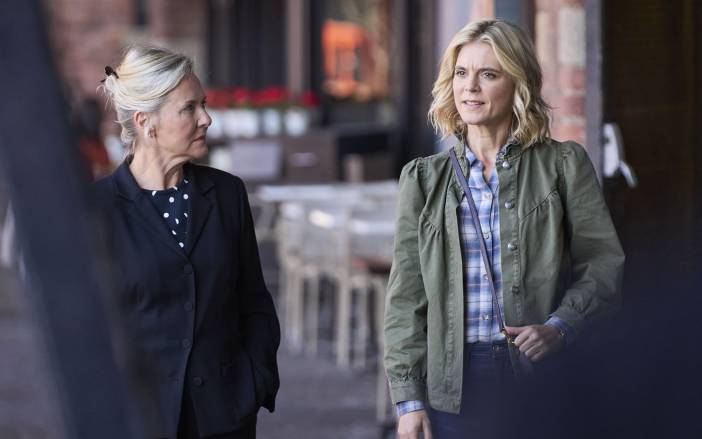 Another highlight for the month includes additional seasons of Agatha Christie’s Poirot, completing the series collection on BritBox. It’s no mystery that BritBox viewers have an appetite for a good crime drama, and this month the service will be celebrating with its massive variety of mystery subgenres, including the following:

Small Town, Big Crime: Don’t be fooled, while small, the petite communities can be a hotbed for secrets and horrendous crimes! Watchlist: Father Brown, The Long Call, Shakespeare & Hathaway and more!

Crime Solvers Ensemble: The more the merrier! Watch titles including Line of Duty, Death in Paradise and Traces for an ensemble cast of crime fighters.

Inimitable Investigators: Have a preference for one-of-a-kind detectives with unconventional practices? Join Poirot, Miss Marple and Vera on their crime-solving adventures!

The series follows Detective Inspector Rabbit (Matt Berry, What we do in the Shadows), a hardened booze-hound who’s seen it all, and his new, hapless, by-the-books partner (Freddie Fox, King Arthur: Legend of the Sword). While they’re investigating a local murder, the lewd but insightful adoptive daughter (Susan Wokoma, Crazyhead) of the chief of police joins them, becoming the country’s first female officer. Together, the trio must fight crime while rubbing shoulders with street gangs, crooked politicians, Bulgarian princes, spiritualists, music hall stars and the Elephant Man. Year of the Rabbit is directed by BAFTA-nominated Ben Taylor (Catastrophe) and written by Emmy and WGA Award-winners Andy Riley and Kevin Cecil (Veep), with additional material from Matt Berry. Keeley Hawes (Honour) is also featured in the series.

With unparalleled and intimate access to Glasgow based Major Investigations Team (MITs), this series goes behind the scenes of complex murder and large-scale criminal investigations in Scotland. The series shines a light on the vital work of the MITs and their dogmatic pursuit of justice. It reveals an extraordinary group of detectives as they embark on manhunts, forensically examine evidence and deliver painful news to victims’ families. From the crime scene through to the arrest, interviewing and charging of a suspect, Murder Case gives a compelling account of detectives working together to unravel the most appalling crimes in dramatic real time.

Still reeling from the sudden death of Dr. Thomas Chamberlain (Richard Lintern, The Bank Job) and the shock departure of colleague Clarissa Mullery (Liz Carr, Devs), Nikki (Emilia Fox, In the Footsteps of Killers) and colleague Jack Hodgson (David Caves, Jackie) return to the Lyell Centre. A case at a high-security prison stirs disturbing memories for Nikki. New recruit Adam causes friction with his impetuous desire to impress. Forensic ecologist Simone’s unique knowledge helps solve the murder of a promising young boxer. And Nikki suspects a body donated to medical science may not have died from natural causes after all.

Ken Scott (The Hobbit, Crime) stars as DI Pat Chappel in The Vice, a hard-hitting drama set in the vice unit of the Metropolitan Police, based in the heart of London’s West End. Prostitution, pornography and murder are all part of the workload for the vice team as they investigate the capital’s darker secrets. The series portrays a city of extraordinary social contrasts, moving swiftly from the back streets of King’s Cross to the bars of Park Lane hotels.

BAFTA Nominee David Suchet (Press, Doctor Who) shines in his signature role as Agatha Christie’s Belgian detective Hercule Poirot – the super sleuth who, with an expertly twirled mustache and a theatrical flair, solves murders with penetrating perception and no small amount of self-regard. Set in a beautiful stately home in the war-torn England of 1917, Hercule Poirot was introduced in Agatha Christie’s first published book.

Patrick Stewart (Star Trek) stars as science professor Ian Hood, who works for the Home Office as a consultant on special dangerous cases that involve deadly viruses cloning experiments and other disasters caused by modern science. His remit is to seek out or respond to any human crisis arising out of a current scientific endeavour. His Special Branch bodyguard, Rachel Young (Ashley Jensen, Extras), accompanies Hood everywhere and takes care of all his executive needs with quiet, military efficiency. She was appointed early on when Hood received a death threat in the midst of a job, and now she works around the clock to protect him from his many adversaries.

This gripping drama depicts a dilemma no parent wants to face. When a teenage girl is murdered, Rosie (Hermione Norris, Spooks), a divorced mother of two, suspects with horror that her teenage son, Jamie (Alexander Arnold, Yesterday) is involved. Rosie’s suspicions begin to tear their new family apart, particularly when she confides in Jamie’s dad – ex-husband David (Paul McGann, Holby City). David is forced to give Jamie an alibi, but when Jamie’s step-dad finds evidence against him, the new family appears split beyond repair. Jamie’s desperate parents have to make a decision; their son’s fate is in their hands. Will they go to the police or decide that blood is thicker than water? How far will they go to protect their son?