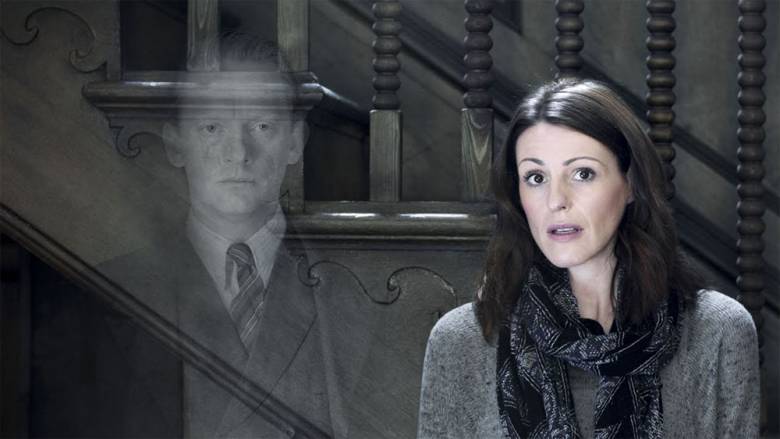 What’s premiering on Britbox in the US this December.

The Tower (available from 1st December 2021)

Based on the acclaimed debut novel by Kate London, The Tower follows a former detective who spent eight years in the Metropolitan Police’s homicide squad.

The series opens on a veteran cop and teenage girl falling to their death from a tower block in London’s East End. Left behind and alive on the roof are rookie police officer Lizzie Griffiths (Tahirah Sharif, The Haunting of Bly Manor) and a five-year-old boy. Within hours, Lizzie disappeared.

Gemma Whelan (Game of Thrones) stars as DSI Sarah Collins as her character sets out to uncover the truth around the grisly deaths and track down Lizzie. Little does she know that the investigation will take her into the dark heart of policing in a complex city and cast a shadow over Sarah and Lizzie’s lives.

Ever wanted to move from the city into an idyllic rural retreat? Surrounded by concrete and noisy traffic, most city people are tempted to quit the rat race for the peace of the countryside.

Experts and realtors help people to achieve that dream, finding a suitable property and guiding prospective buyers through every aspect of buying, selling and moving. Each episode follows one move, and includes everything from snug, chocolate-box cottages to rambling castles. Will they fall in love with the properties that are shown, or has their search been in vain?

Led by international star Dougray Scott (My Week with Marilyn) as Detective Inspector Ray Lennox, Crime is based on Irvine Welsh’s best-selling novel.

Battling his own personal demons, DI Ray Lennox must put his own problems aside when he’s put onto investigating the disappearance of a schoolgirl. As the girl’s disappearance strikes fear in the town and the police department fights with itself, a brutal killer is poised to strike.

A Ghost Story for Christmas collection (available from 20th December 2021)

Based on the works of MR James’ chilling short stories, this collection of BBC produced adaptations of ghost stories is an extra special Christmas treat.

These adaptations, which have a subtlety and style all of their own, have been a major influence on many contemporary British horror filmmakers and have come to be some of the most sought after British TV titles of all time by their legions of eager fans.

Welcome to Bedlam Heights, a hip newly converted apartment building on the edge of a British metropolis. The high quality rental apartments offer stylish 21st century living, but behind the facade lie unimaginable horrors. Haunted by the ghosts of its dark and violent past,

Kate, who lives and works at Bedlam Heights, thinks anyone who believes in ghosts is a fool. Overly self-confident but ultimately self-destructive, she is surprised by the unexpected arrival of Jed – her adopted cousin.

With a history of mental illness, Jed sees visions of the dead. He’s convinced Kate is in danger from the terrible secrets lurking behind the walls of this new apartment block, and the truth will be far more terrifying than they could ever imagine.

Midwinter of the Spirit (available from 20th December 2021)

Outspoken, intelligent, attractive and down-to-earth, single mother Merrily Watkins is not what you’d expect to see upon hearing the words of a priest. However, her Bishop has total faith in her, so much so he’s offered her the position of an Exorcist – plunging her into a dark and dangerous world in this crime drama with a supernatural twist.

When a crucified body is discovered in the woods, the police call on Merrily to assist. But as Merrily – and her family – are drawn further into the mystery, she must summon all her strength to fight the evil she uncovers amid a web of murder, abuse, power and lies.

Based on the novel by Phil Rickman and adapted by BAFTA-winning screenwriter Stephen Volk, Midwinter of the Spirit features a star-studded cast including Anna Maxwell Martin (North & South), Nicholas Pinnock (For Life) and Kate Dickie (The Green Knight).

When Joe Bonner’s wife, Marie (Emma Thompson, Sense and Sensibility), falls pregnant, he breaks off his affair with a woman named Beth. In an effort to fix their marriage, Joe and Marie travel to a hotel in rural Scotland – where they are met with an unexpected supernatural experience.

Marie is told about a young boy who drowned in the nearby loch a century ago. With the emotional toll of Joe’s infidelity, Marie can’t seem to get the story of the boy out of her mind and frequently sees his image in the lake.

The Secret of Crickley Hall (available from 20th December 2021)

This chilling haunted house thriller, adapted from James Herbert’s novel, tells both the story of the modern day haunting of a troubled family and the dark events buried in their new home’s past.

A year after their little boy goes missing, Gabe (Tom Ellis, Miranda) and Eve (Suranne Jones, Doctor Foster) along with their two daughters move to Crickley Hall to try and escape their heartbreaking past. Looking for a fresh start, the family is instead met with cellar doors opening of their own accord, unseen children crying through the night and a frenzied ghost (Douglas Henshall, Shetland) wielding a cane.

The Small Hand: A Ghost Story (available from 20th December 2021)

Returning to Scotland for the first time in years stirs up uneasy memories for Adam Snow (Douglas Henshall, Shetland). He longs for the beautiful Alice, wife of his client, and faces the realisation that he has barely been present for his fragile brother Hugo, who is suffering a mental breakdown.

While visiting Alice, Adam develops a fascination for a formerly majestic mansion nearby, Raven’s End. Viewing this as a chance to be closer to Alice and his brother, he decides to buy Raven’s End and finally put down roots. While working on the renovation and secretly planning a new life with Alice, Adam is plagued by haunting dreams, visions and visits from a ghostly child.

Fearing he may be suffering from the same fate as his brother, Adam is determined to untangle the truth and excise the spirit from his life. But his coming to Raven’s End has set in motion a chain of sinister events linked to his past and a painful secret to which Adam’s family holds the key.

Adapted from MR James’s classic story by Sherlock star Mark Gatiss, The Tractate Middoth is the chilling story of the legacy of Dr. Rant. Rant, a priest, leaves his entire estate to his nephew, however, on his deathbed, he tells his niece that he has hidden a later will in her favor.

He tells her that the will has been hidden in a book and she must find it in order to inherit it. Unknowingly, a young student, Garrett, gets involved in the quest for the book and comes face-to-face with the ghost of Dr. Rant.

Adapted and directed by Mark Gatiss and starring Simon Callow, The Dead Room tells the story of a long-running radio horror series and its veteran presenter and national treasure Aubrey Judd. But as times are changing and tastes are shifting, there’s a new young producer.

Wondering what happened to the classic ghost stories, Aubrey soon discovers that all is not quiet in the eerie radio studio and that elements of his own past are not as dead and buried as he perhaps hoped.

Adapted and directed by Mark Gatiss (Sherlock) and starring Peter Capaldi (Doctor Who), Martin’s Close follows John Martin who is on trial for his life where he is accused of murdering a young girl Ann Clark, with whom he had a one-sided romance.

With claims that Martin’s motivation lies in that Ann Clark has ruined a good marriage proposal for him, Martin faces the infamous “hanging judge” George Jeffreys. However, this is no cut-and-dried murder case.

Comedian Miranda Hart stars as a bumbling, lovable fool in her acclaimed sitcom. Desperate to fit in but having trouble doing so, her public school background and posh accent make her a misfit. She lacks the wealth and arrogance of her childhood friends, has never managed to flirt successfully and is at least a foot taller than the other girls.

If that isn’t enough, due to years of agoraphobic tendencies she doesn’t know how to behave socially, how to deal publicly with her mother or how to avoid embarrassment. Her mother is convinced she should get a proper job, or even better, a proper husband, but Miranda’s much happier hiding from the world at her joke shop and party planning service.

Miranda is simply at her happiest amongst the fart sweets and wind-up teeth. Be prepared to laugh from start to finish with this eccentric and affectionate family sitcom.

The Mezzotint (available later in December 2021, date to be confirmed)

Just in time for the holidays, The Mezzotint is the latest ghost story adapted and directed by Mark Gatiss. It’s 1822 and Mr. Williams, the curator of the university museum in Cambridge, receives a mezzotint from a London art dealer. To Williams it is an uninteresting picture of a large country house at night.

However, Williams’ friends notice a figure in the corner. On closer inspection, they discover that the disturbing engraving is changing each time he and his friends look at it. He sees the dark figure making its way across the lawn, entering the house and finally leaving with what is believed to be a small child.

On searching the history of the picture, it is suggested that the engraving depicts a vengeful poacher named Gawdy, returning from the grave to kidnap and murder the infant heir of his master who had him hanged. Williams attempts to destroy the picture, but it reappears unscathed the next day, only this time the mezzotint is of his own building where the dark figure approaches.

Holiday specials (available later in December 2021, dates to be confirmed)

Bask in the Caribbean sunshine this holiday season with the Death in Paradise Christmas special.

A lighthearted whodunit set on the sunshine Caribbean island where a team of police use unconventional methods to catch the killers of some of the most impossible crimes, see familiar faces and some special appearances with this special!

Sandy Toksvig stars in this clever comedy quiz show full of quirky facts, in which contestants are rewarded more if their answers are ‘quite interesting’ – this time with a holiday twist!

Combining the best elements of panel shows, stand-up and improvised games, Mock the Week returns with a holiday treat.

An annual worldwide broadcasting phenomenon that takes place at the medieval chapel of King’s College, Cambridge, Carols from King’s is a beloved British celebration of Christmas.

Every year, the King’s College Chapel Choir performs a carol service that always opens with ‘Once in Royal David’s City” and followed later on by a new, specially commissioned carol for each year.

Celebrate the holiday season with the loudest, proudest mother in Ireland, who likes nothing more than meddling in the affairs of her friends and family.

Mrs. Brown (Brendan O’Carroll) and her boys are ready to celebrate with their annual Christmas special, which is often the most-watched British television event of the season.