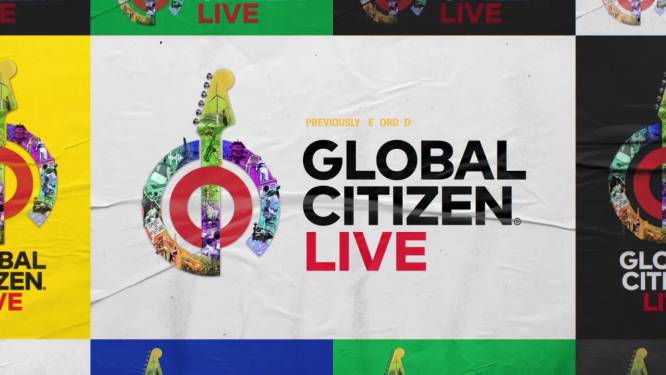 ABC will air a highlights show of “Global Citizen Live,” a once-in-a-generation day of unity across six continents from international advocacy organization Global Citizen, on SUNDAY, SEPTEMBER 26 @ 7PM. The ABC broadcast will feature exclusive performances from across the globe by BTS, Jennifer Lopez, Lizzo, Elton John and more to be announced at a later date. ABC News Live and Hulu will air the 24-hour event in full, beginning SATURDAY, SEPTEMBER 25 @ 1PM, and FX will air a four-hour compilation special on SUNDAY, SEPTEMBER 26 @ 3PM EDT.

Fans and activists can join the movement at globalcitizenlive.org to take online actions, such as signing petitions to call on world leaders to deliver:

· 1 billion vaccines to the poorest countries

· Meals for the 41 million people on the brink of famine

Artists donating their time and talent to this global day of unity:

· LAGOS with Femi Kuti, Davido, Tiwa Savage, and Made Kuti

· RIO DE JANEIRO with Alok, Mart’nália, Criolo, Liniker, with special guests Tropkillaz, and Mosquito, in partnership with Rock In Rio.

Health & Safety – “Global Citizen Live” events comply with the latest COVID-19 health and safety guidelines. Attendees at events must be fully vaccinated two weeks before the event (exceptions made for guests unable to be vaccinated who must submit a negative PCR test from within 72 hours of the show’s start). All attendees must be masked, regardless of vaccination status.

Global Citizen is the world’s largest movement of action takers and impact makers dedicated to ending extreme poverty by 2030. With over 10 million monthly advocates, our voices have the power to drive lasting change around sustainability, equality, and humanity. We post, tweet, message, vote, sign, and call to inspire those who can make things happen to act – government leaders, businesses, philanthropists, artists, and citizens – together improving lives. By downloading our app, Global Citizens learn about the systemic causes of extreme poverty, take action on those issues, and earn rewards with tickets to concerts, events, and experiences all over the world. For more information, visit GlobalCitizen.org.