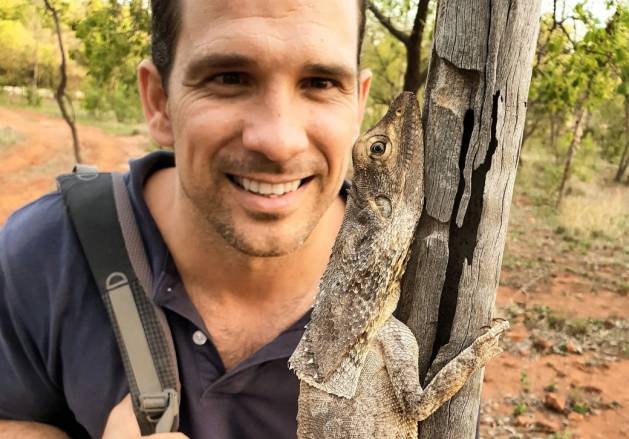 Built to Survive, a new ABC ME series hosted by Indigenous educator Phil Breslin, explores how animals have adapted to harsh and varied environments by drawing on scientific knowledge, First Nations peoples, and his own experience in the wild.

Nature as we know it, took millions of years to evolve. Every animal and plant in this vast web of life has withstood countless generations of fighting and fleeing, hunting and hiding, feeding and breeding. But each of these success stories flourish under the laws of the jungle, only the fittest survive, every creature under the sun must adapt or die.

Third generation Indigenous educator Phil Breslin is on a mission to reveal the Australian animals that are Built to Survive our diverse Aussie environments. A teacher, adventurer and wildlife aficionado originally from Gimuy (Cairns) in Far North Queensland, he draws on the knowledge of science, First Nations peoples, and his own experience in the wild, to find out how animals have adapted to some of the world’s most extreme and diverse, natural environments. Phil will travel to the most remote corners of the Australian continent in a bid to discover a world that most kids have only ever Googled.

Built to Survive features engaging demonstrations with creatures in order to reveal the tricks and techniques they employ to survive in their specific environments. Motion graphics and 3D imagery reveal why there is no place for inefficiency in nature.

The journey through each extreme environment will culminate in Phil deliberating over and then choosing the animal he believes to be without a doubt, built to survive each environment. Which one will you choose?