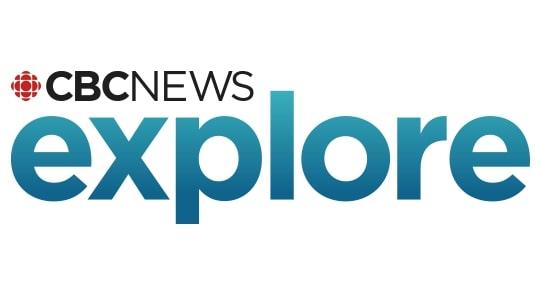 CBC today launched CBC NEWS EXPLORE, a free 24/7 ad-supported streaming (FAST) channel offering audiences a new way to discover CBC News. The new channel features video journalism that takes a step away from breaking news to explain and explore beyond the headlines, alongside a curated selection of local, national and current affairs features. Original programs include ABOUT THAT hosted by Andrew Chang, a daily half-hour show that takes a closer look at the biggest stories of the day.

The free CBC NEWS EXPLORE stream is available on a growing number of digital and connected TV platforms including CBC Gem, the CBC News App, CBCNews.ca and The Roku Channel (channel 105 in Canada), with more to be added soon. CBC NEWS NETWORK remains CBC’s 24-hour premium service  for live-and-breaking news, available through cable and satellite providers and on CBC Gem.

“Today’s launch of CBC News Explore marks an important moment in our evolution, ensuring we will be able to serve more people across Canada whenever, wherever or however they choose to consume our content,” said Susan Marjetti, General Manager of CBC News, Current Affairs and Local. “As Canada’s public broadcaster, it is important we are there for people with trusted news and information 24/7 on their platform of choice whether radio, TV, digital or via a streaming channel like this one.”

“While some focus on traditional TV audience numbers as the only measure of success, the real story of how a news organization reaches and grows its audience today is much more complex,” said Brodie Fenlon, Editor in Chief, CBC News in an Editor’s Blog. “Streaming audiences in Canada are sizable and growing, and hungry for high-quality, fact-based video journalism — just not in the places we’ve traditionally offered TV news. We won’t treat them as an afterthought. While CBC News Network remains our premium live-and-breaking news service, CBC News Explore is an important part of our future to serve Canadians on the platform of their choice.”

Andrew Chang delves deeper into daily news by expanding our understanding of the stories everybody’s talking about, featuring a blend of frank conversation, explainers and feature interviews.

This weekly program is a destination for original stories that showcase the heart of local communities in Canada, featuring video journalism from local CBC News stations from coast to coast to coast to help audiences better understand how the headlines are affecting people across the country.

Meteorologist Johanna Wagstaffe explores the natural world and the impact of our changing climate with unbridled curiosity and a hands-on approach to better understand the urgent consequences of a warming planet. Wagstaffe isn’t afraid to get her hands dirty (or actually eat dirt) in her search for genuine solutions. She asks surprising questions and connects different perspectives as she wanders, and sometimes stumbles, through forests, across oceans, up mountains, into laboratories and down some fascinating rabbit holes.

This original documentary series exposes industries that impact the everyday lives of Canadians in hidden ways, drawing on unseen archival footage that connects the dots between the news stories that dominate the headlines and our social media feeds. Candid interviews with insider experts shed light on the powerful players gaming the biggest and most culturally influential industries, from the digital music industry’s monopoly over our culture; to dating apps that use our own hearts against us; to the true crime entertainment phenomenon that is influencing our actual justice system.