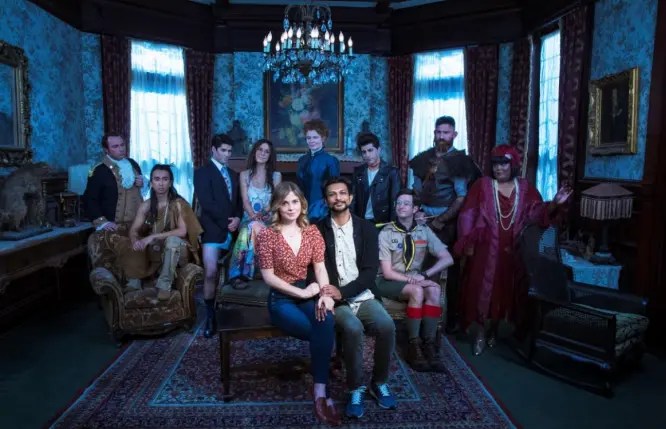 “We’re thrilled this spirited new comedy has struck a chord with viewers and critics alike and is off to a great start,” said Thom Sherman, Sr. Executive Vice President, Programming, CBS Entertainment. “We’ve loved GHOSTS since day one, and thank the outstanding executive producers, cast and writers for skillfully bringing to life the boldest, most unique comedy you’ll find anywhere on television this season.”

GHOSTS airs Thursdays @ 9:00PM, ET/PT on the CBS Television Network, and is available to stream live and on-demand on Paramount+. The new Paramount+ Essential plan is just $4.99/month. Try it FREE!

GHOSTS is a single-camera comedy starring Rose McIver and Utkarsh Ambudkar as Samantha and Jay, a cheerful freelance journalist and up-and-coming chef from the city, respectively, who throw both caution and money to the wind when they decide to convert a huge rundown country estate they inherited into a bed & breakfast—only to find it’s inhabited by the many spirits of deceased residents who now call it home.

The departed souls are a close-knit, eclectic group that includes a saucy Prohibition-era lounge singer (Danielle Pinnock); a pompous 1700s militiaman (Brandon Scott Jones); a ‘60s hippie fond of hallucinogens (Sheila Carrasco); an overly upbeat ‘80s scout troop leader (Richie Moriarty); a cod-obsessed Viking explorer from 1009 (Devon Chandler Long); a slick ‘90s finance bro (Asher Grodman); a sarcastic and witty native from the 1500s (Román Zaragoza); and a society woman and wife of an 1800s robber baron who is Samantha’s ancestor (Rebecca Wisocky), to name a few. If the spirits were anxious about the commotion a renovation and B&B will create in their home, it’s nothing compared to when they realize Samantha is the first live person who can see and hear them.