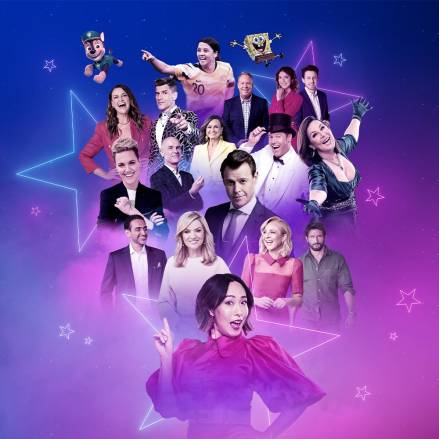 The future of TV viewing has arrived. From winter warmth with hearty eats, to the pulse-pounding excitement of the hunt. From love on the high seas or an opulent mansion, to comedians bamboozled by tortuous tasks. In 2023, Network 10 is curating fan favourites, refreshing much-loved brands and showcasing your new obsessions.

Daniel Monaghan, Senior Vice President Content and Programming, Paramount Australia and New Zealand said: “When we consider the best way to serve our audience in the future, top of mind is the way content is consumed. It’s constantly evolving. And we have to constantly evolve as well.

“We will schedule prime time for you, but if you prefer to personalise your own prime time, we have the platforms and the content that allow you to do just that.

“Well-executed, familiar brands continue to succeed, but audiences are ready to embrace new shows, and we have a brilliant line up of fresh content to complement fan favourites.”

As 2022 draws to a close, we’re launching The Real Love Boat. Setting the search for love on the high seas, we capture the fun, feel-good tone of the original Love Boat, proving a fancy mansion isn’t the only place where romance can blossom.

The Traitors is a new show that takes the whodunit murder mystery to the next level. Hosted by Rodger Corser, the series sees 24 strangers converge on an old hotel in the countryside where they’re forced to lie and deceive to win a $250,000 prize.

Rodger said: “The Traitors will grip you within the first few minutes. I always thought country life was laid back, not stab-in-the-back!”

Ready to watch the biggest names in Australia living in each other’s pockets, while battling it out in exhausting physical challenges? Then you’re going to love The Challenge Australia.

Host Brihony Dawson said: “Earlier this year some of the biggest names in Australian sport and entertainment descended on the Argentinian wilderness to compete in the world’s most gruelling – not to mention, cutthroat – competition.

“With the unique challenges I’ll be setting and the curveballs I’ll be throwing, only two competitors will survive to be crowned champions of The Challenge Australia.”

From the moment we ring in the new year, we’ll hit the ground running with the new season of The Bachelors, screening throughout January 2023.

Host Osher Günsberg said: “We find love and celebrate love better than anyone. And it all happens in our glamorous new home on the Gold Coast.

“There’s a lot that’s going to look and feel very different. I mean, the name of the show for starters. It’s The Bachelors. Plural. There’s three of them. An abundance of Bachelors!

“Joining these three eligible young men from across the country are smart, powerful, beautiful women who – like our Bachelors – are over the dating apps, the ghosting and the inability to commit.”

From February, Australian Survivor returns with the most popular theme the franchise has ever seen: Heroes Versus Villains.

Complementing Australian Survivor is the third season of The Dog House Australia, back with another feel-good feast of puppy love, guaranteed to delight and surprise.

Returning to light up Monday nights is our second season of Would I Lie To You? with Chrissie Swan, Frank Woodley and a new team captain. We welcome an expert at separating facts from fibs – the always funny Charlie Pickering.

Charlie said: “I have always loved the show, and as a new team captain I can’t wait to maximise my opportunities to lie to the Australian public.”

Rounding out the week with even more laughs is the exciting premiere of Taskmaster Australia.

Tom Gleeson stars as the Taskmaster, with Tom Cashman his devoted assistant. Each week the two Toms set five comedians a range of ridiculous tasks designed to bamboozle brains and put funny bones to the test.

Still chasing LOLs?  Well, the good news is that perennial audience favourite Gogglebox Australia is back.

And after two years locked Down Under, the ninth season of the Logie award-winning I’m A Celebrity… Get Me Out of Here! is returning to Africa, just in time for Easter.

MasterChef Australia, still a fan favourite after 14 seasons, returns in winter for a shorter, more compact run. This year the aim is to keep audiences not only entertained but guessing as well, with Season 15 branded as MasterChef Australia: Secrets & Surprises.

Joining the MasterChef Australia quarter are award-winning comedies Have You Been Paying Attention? and The Cheap Seats, plus several exciting new Australian dramas.

Crime thriller North Shore arrives with an outstanding pedigree. Its creator is Mike Bullen of Cold Feet fame. It’s directed by the highly acclaimed Gregor Jordan. And it stars the brilliant Joanne Froggatt.

The premise is intriguing: What happens when a British detective and his Australian counterpart team up to solve a murder? The answer is a clash of cultures and personalities. Beyond that, you’ll have to watch to find out…

Another drama sure to grab plenty of attention is Paper Dolls. This fictional series tracks the meteoric rise of a girl band spawned by a reality television show. A cautionary tale about the pitfalls of sudden fame, Paper Dolls will doubtless strike a chord with audiences who have grown up amid the boom in TV talent shows this century.

As we move into the second half of 2023, our schedule is packed with returning success stories from 2022. There are more fugitives desperate to avoid capture in Hunted and loads of lonely-hearts setting sail on the sea of romance aboard The Real Love Boat.

And don’t worry – we still have room for returning popular factual series such as Ambulance Australia and Bondi Rescue, plus new series The First Inventors.

The First Inventors will transport you back in time – between 70,000 and 120,000 years ago – to a community in the midst of developing sophisticated stone tools, art, agriculture, irrigation and much more.

In this fascinating story of knowledge, resilience, and invention, presenter Rob Collins will meet and collaborate with First Nations authorities whose frontline fieldwork offers an exciting new insight into ancient Indigenous innovations and discoveries. The First Inventors is a collaboration with NITV.

With the much-lauded success of The Dog House Australia, we are stoked to announce the debut season of Dogs Behaving (Very) Badly. Now that we’ve all adopted puppies, Graeme Hall, the Dogfather of dog training, is up for a new challenge: helping you train your new canine compadre.

This short and sweet series is all about – as the name suggests – desserts, with ten masters of their art battling for the inaugural title of Dessert Master.

As well as our expansive slate of entertainment content, we proudly provide seven hours of News programming every day.

10 News First, with its team of award-winning journalists and nationally established presenters, reaches three million Australians every week, while our live stream and off-network news presence continues to grow.

Host Sandra Sully said: “In a world that’s getting smaller, news has never been more relied upon, more sought after or simply, more important.

“News you can trust is more critical than ever – and our journalists, producers and crews across the country work around the clock and across multiple platforms to ensure our viewers can access the latest news quickly and accurately.”

Every week more than three million Australians join the conversation on The Project – the youngest news and current affairs show on TV.

More than half The Project’s audience is under the age of 50. Its story-telling style cuts through the relentless news cycle and transforms headlines into conversations.

Host Waleed Aly said: “The Project team is there to test new ideas, debate opinions, and engage candidly and comically with the world’s biggest stars and newsmakers. All this incredible news content, delivered straight to your TV, tablet, or phone – anytime, anyplace.”

And Studio 10 is back weekday mornings with its unpredictable mix of kooky fun and crazy energy.

Marquee Sport is right at home on 10 too. From the Australian MotoGP and the Formula 1 Australian Grand Prix to the Melbourne Cup Carnival, 10 will deliver big and memorable sporting moments in 2023.

Plus, 10 Bold will continue to kick goals with the Isuzu UTE A-League matches across the season, along with NBL games every Sunday on 10 Peach.

Want more? Sure you do! How about what’s happening over on our multi-channels? You know them, right? 10’s younger, noisier, cheekier siblings.

On 10 Bold, there are plenty of fan favourites returning for the new year – shows like NCIS, NCIS: Los Angeles, NCIS: New Orleans, Blue Bloods, Scorpion, JAG, Hawaii 5-0, MacGyver, SEAL Team and Bull. Jump on the couch, cancel all plans and get watching!

Whether it’s the lovable geeks of The Big Bang Theory, Mom’s dysfunctional family or your besties from Seinfeld and Friends… tuning in to 10 Peach will give you that crazy urge to dance about in a fountain or put on a puffy shirt.

Over on 10 Shake, it’s sitcoms, romcoms, stand-up comedy and everything in between. Shows like PAW Patrol, Blaze and the Monster Machines, Blue’s Clues & You!, The Loud House, The Thundermans and Game Shakers will keep the little ones at bay, while The Office US, South Park, Workaholics, Catfish, The Middle, Comedy Central Stand Up and a heap of Aussie stand up specials will have grown-ups laughing like lunatics.

In 2023, we have a mountain of entertainment available on multiple platforms, making it easier than ever to see tomorrow, today.