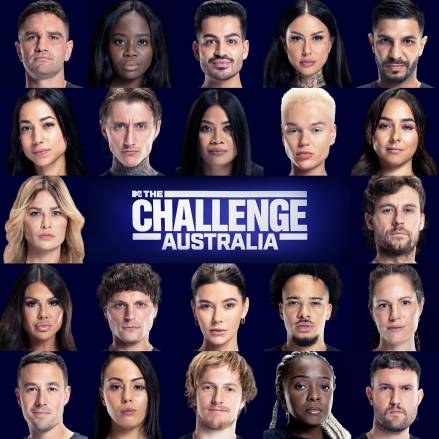 The fiercest and most dramatic Reality TV rivals, including those from Married At First Sight, Australian Survivor, and The Bachelor franchise, will be featured in the first season of 10’s new show.

The new series, which features some of the most recognisable faces on Australian Reality TV, will premiere in November on Channel 10.

The series, which is billed as the world’s most brutal competition, is hosted by charismatic sports commentator Brihony Dawson.

Some of Australia’s biggest names in entertainment and sport are present in addition to the Reality cast of stars.

In all, 22 players will travel to Buenos Aires, Argentina, for the most demanding and unpredictable game of their lives.

In The Challenge Australia, competitors are paired at random and pitted against one another in brutal physical challenges, testing their mettle and endurance as they try to win challenges and eliminate their rivals. Additionally, they will have to deal with messy ex relationships, steamy hookups, and strained friendships.

Only one male and one female competitor will possess the ideal blend of physical, mental, and social skills to triumph, winning a whopping $200,000 in cash and a ticket to the inaugural The Challenge: Global Championship.

But be assured that these rivals will do everything in their power to prevail.

“I’ll stab people in the back. I’ll do absolutely anything to win this game.”

Among those who have the fortitude to face the fierce competition are:

The Challenge Australia will premiere in November on Channel 10 and 10play.