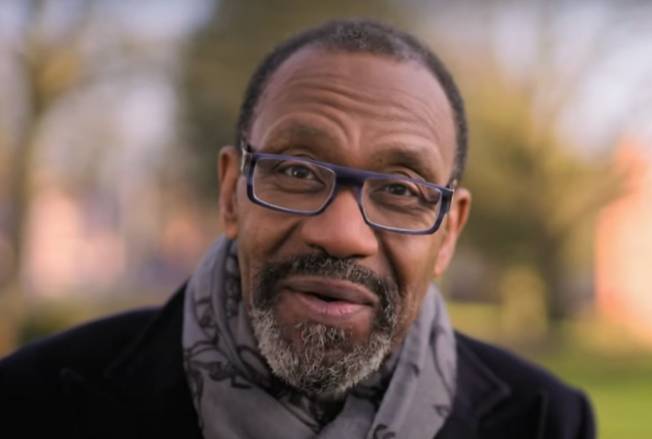 BritBox has announced a whole new raft of co-productions and commissions that will be available in Australia.

“At BritBox International, we continue to strive to bring our audiences incredible content. There is no other streamer out there like us, we are unmistakably unique and distinct,” said Reemah Sakaan, CEO BritBox International. “As we continue to grow globally, our new team remains creative, imaginative, and passionate about bringing excellent storytelling to screen, which is why we are so thrilled to be announcing our sensational commissioning and co-production line up.”

“I am delighted to be sharing news of these fantastic shows,” says Diederick Santer, CCO BritBox International.

“Working with the very best UK producers, we have curated a set of shows which we are confident will excite our existing subscribers, while attracting new audiences to our platforms. Whether a new and surprising take on the mystery genre, a distinctive crime series from one of the UK’s finest playwrights, or a personal story from a National Treasure, these shows epitomise our mission – to bring the best of British TV to a global audience.”

Moira Hogan, EVP International Markets & General Manager APAC said: “BritBox in Australia was established around a year and a half ago and now to be able to give Australians a taster of what is in-store at BritBox, with a new suite of incredible talent and titles, is exciting for us. British dramas and comedies still resonate with Aussies, and this announcement shines the spotlight on the compelling offering we have planned for streaming audiences.”

Three Little Birds
Written by Sir Lenny Henry (Chef!, Broadchurch, Doctor Who), Three Little Birds is inspired by his mother’s stories about leaving Jamaica in the 1950’s for Great Britain, which became her lifelong home where she raised her family. The drama narrates the adventures of gregarious sisters Leah and Chantrelle, who hail from St Anne’s district in Jamaica, and their virtuous, bible-loving acquaintance, Hosanna as they board a cruise ship heading for a new life in Great Britain. Three Little Birds is a life affirming drama series about sisterhood, parenting, friendship and the joys, laughter and struggles of making a new life in the so-called Mother-country. They are an effervescent mix of forceful personalities and have very different reasons for leaving their family and friends behind in Jamaica. Unquestionably, they are embarking on a voyage of discovery, as the ladies leave the Caribbean island in search of new horizons and beginnings. At the instigation of their older brother Aston, who asks if they’ll visit him in Britain and bring him a potential wife from back home, Leah and Chantrelle put his unusual proposition to Hosanna who is prepared to give up her job as a trainee nurse and embark upon the journey ‘to the mother country.’ On arriving in London’s Notting Hill, they quickly realise the capital is not the home for them and flee to the Midlands. The road ahead is not a smooth one for our trio, and although we learn some shocking truths about the lives they left behind in Jamaica, we will also cheer them on to succeed, as they overcome the obstacles of racism and integration and build a life in Britain. Sir Lenny has written each of the drama’s six fictional episodes, which his production company, Douglas Road Productions, will produce in association with Tiger Aspect Productions. Both companies are part of the Banijay UK group. The series is co-produced by BritBox International.

Make it at Market
For eight days during spring in the secret and evocative grounds of Stoneywell, an incredible and lovingly preserved jewel in the crown of the nation’s late 19th century arts and crafts movement will become a buzzing hive of activity. From potters, blacksmiths and weavers to woodworkers, jewellers and furniture makers, passionate maker extraordinaire Dominic Chinea (Repair Shop) is assembling a team of successful making entrepreneurs to help transform the lives of specially hand-picked amateurs who aspire to follow in their footsteps. Each show will start with Dominic meeting two amateurs in his specially designed Maker’s Marquee. Here he’ll find out about their passion and talent for making and crucially what’s holding them back, before introducing them to their amazing mentors who will work with them to transform their talent and ambition into a profession.

Irvine Welsh’s Crime Season Two
Dougray Scott (EverAfter, Mission: Impossible II) will return as troubled detective Ray Lennox, in a second series of the original crime thriller, Crime, adapted from the best-selling novel by one of Scotland’s greatest-ever writers, Irvine Welsh (Trainspotting). Produced by Buccaneer Media, Off Grid Film and TV and co-produced by BritBox International. Scripted by Trainspotting author Irvine Welsh alongside long-standing screenwriting partner, Dean Cavanagh (Kubricks). Dougray Scott’s complex character, Ray Lennox, is now settled back into life with Edinburgh’s Serious Crimes team, having fully recovered from his breakdown after the toll of his last investigation. And when a high-ranking member of the establishment is found dead in a Leith warehouse, Lennox is thrown into a case that quickly reveals itself as the work of a serial killer. As victims mount up, Lennox realises these are anything but random. This is the work of a solitary killer with an axe to grind. Never far from his psychological turmoil, Lennox is pushed back towards his demons by this new case.

The Cleaner Season Two
The Cleaner Series Two is written by Greg Davies (Inbetweeners) and one other co-writer per episode made up of a combination of established and emerging comedy talents – Paul Allen, Ronan Blaney, Barry Castagnola, Meg Stalter and Mike Wozniak. The new series sees Wicky (Greg Davies) encounter yet another variety of larger than life characters, all in the wrong place at the wrong time. And as his luck will have it, there’s also a pub in desperate need of mopping up. The Cleaner is a SHUK production for BBC One written by and starring Greg Davies based on ‘Der Tatortreiniger’ created by Mizzi Meyer. BBC Commissioner is Ben Caudell. The Exec Producer is Vivien Muller-Rommel and the Producer is Sam Ward. BBC Studios will distribute the series globally, excluding German language markets.

Karen Pirie
Adapted by Emer Kenny (Father Brown, The Curse) from the celebrated crime writer Val McDermid’s best-selling series of novels, the drama centres on DS Karen Pirie, a truly contemporary and brilliant young Scottish detective with a quick mouth and tenacious desire for the truth. In this opening story, based on the first Karen Pirie novel, A Distant Echo, newly promoted Karen is tasked with reopening a murder investigation that has been the subject of a controversial true crime podcast. When teenage barmaid Rosie Duff was found brutally murdered in a St Andrews’ graveyard in 1996, suspicion fell on the three students who discovered her body. But with a lack of forensic evidence, no charges were brought and the investigation floundered. Twenty-five years on, someone is willing to risk everything to keep the secrets surrounding the case hidden. Do the three men know more than they previously revealed? How flawed was the original investigation? And can Karen uncover the truth of what happened to Rosie that fateful night?

Passenger
In the small Northern village of Chadder Vale, a close-knit community is sent spinning on its axis following a series of strange and unnatural crimes. After arriving there five years ago, Former Met Police Detective Riya Ajunwa has been searching for that ‘one big crime’, that one challenge that will make her feel alive again. Then one night local girl, Katie Wells is mysteriously abducted. Her car is found abandoned and there are traces of blood on the seats. But the village barely has time to register Katie’s disappearance before she reappears the next day, safe and sound. The rest of the villagers ask few questions and life resumes as normal. But for Riya, a relative outsider to the Chadder Vale way of life, none of this sits right. As a series of strange happenings and increasingly horrific crimes start unfolding within the village, the residents start resorting to short-sighted theories and blaming outside influences. Riya fights hard to convince the villagers that all is not as it seems. And before long she is drawn into a universe unlike anything she has ever seen.

A Spy Among Friends
The first-ever adaption of the award-winning novel by Ben Macintyre stars Golden Globe® and Emmy® Award-winning actor Damian Lewis (Homeland, Billions, Once Upon a Time in Hollywood) and Emmy® Award-winner Guy Pearce (Jack Irish, Mare of Easttown, The Hurt Locker). The six-episode limited series dramatises the incredible true story of betrayal and friendship in a world of espionage that resulted in the gutting of British and American intelligence at the height of the Cold War and shaped the field of play for a dangerous game against Russia that still continues today. The limited series is directed by BAFTA award-winner Nick Murphy (Save Me, A Christmas Carol) and produced by BAFTA award-winner Chrissy Skinns (Elizabeth is Missing, The Last Kingdom). Bob Bookman, Alan Gasmer, Peter Jaysen are executive producers for Veritas Entertainment Group. Damian Lewis will also serve as executive producer through his production company, Ginger Biscuit Entertainment The series is produced in collaboration with Sony Pictures Television, ITV Studios and Veritas Entertainment Group. The series is distributed internationally by Sony Pictures Television.

Stonehouse
The life and times of disgraced Labour minister John Stonehouse is to be dramatised by acclaimed writer John Preston with BAFTA award-winning and Emmy-nominated Matthew Macfadyen (Succession, Quiz) in the leading role and co-starring Keeley Hawes (Line of Duty, The Durrells) as Stonehouse’s wife Barbara. The three-part drama, directed by BAFTA-nominated Jon S. Baird (Stan & Ollie, Vinyl, Filth) with BritBox International as co-production partners, relates how Stonehouse, a high-flying member of Harold Wilson’s Government, vanished from the beach of a large luxury hotel in Florida in November 1974, leaving a neatly folded pile of clothes as he swam into the sea, intent on faking his own death. The MP for Walsall North left behind his loving wife Barbara and three young children as a shocked public and media presumed he had drowned or been eaten by sharks. Stonehouse will be directed by Jon S. Baird. Executive Producers are Jon S. Baird, Neil Blair, Ruth Kenley-Letts, Matthew Macfadyen, John Preston and Ellie Wood, Polly Hill for ITV and Diederick Santer for BritBox International. BritBox International, the streaming service offering the best collection of unmissable British entertainment, will be the exclusive home to the series in the US, Canada, Australia, South Africa, Denmark, Sweden, Finland and Norway. Banijay will be responsible for the international distribution of the drama.

The Confessions of Frannie Langton
Adapted by a novel written by Sara Collins, The Confessions of Frannie Langton is a four part period drama series that follows a young woman named Frannie and her journey from a Jamaica plantation to the Mayfair mansion of celebrated scientist George Benham and his wife Madame Marguerite Benham. Her visit takes a fateful turn when the Benhams are found murdered, with Frannie lying next to Marguerite and is accused of the murder. Karla-Simone Spence (Blue Story) stars as Frannie Langton, Sophie Cookson (Kingsman: The Secret Service, The Trial of Christine Keeler) as Madame Marguerite Benham and Stephen Campbell Moore (War of The Worlds, The Bank Job) as George Benham. The series is produced by Drama Republic for ITV in the U.K., in association with All3Media International, and is a BritBox Original for North America, Australia, Nordics and South Africa.