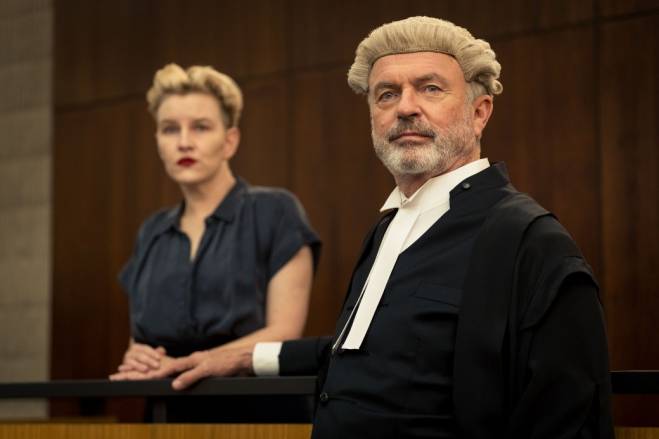 The courtroom drama, starring Sam Neill (Jurassic World: Dominion, Thor: Love and Thunder, Palm Beach), Marta Dusseldorp (Wentworth, Stateless, A Place to Call Home), and Kate Mulvany (Fighting Season, Lambs of God, Hunters), tells the story of 12 ordinary Australians who are selected for jury duty in a murder trial that is both traumatising and controversial, in which a woman is accused of killing her teenage niece.

The 10 part series is based on Belgium’s De Twaalf and was produced by Warner Bros. International Television Production Australia in collaboration with Easy Tiger Productions.

These twelve ordinary people have their own histories hidden behind the mask of anonymity. Lives as complicated as the case, with shattered dreams, shameful secrets, hope, fears, personal trauma, and prejudice. Audiences will see the law’s fragility and imbalances, as well as the chaotic and flawed way we attempt to determine justice in our society, through the multiple lenses of these jurors.

The limited series will explore the lives and loves of the people who will decide the fate of the accused over ten episodes, including their histories, conflicts, families, and secrets. A gentle suburban mother whose husband’s adoration may be hiding coercion, a builder torn from his responsibilities, a star student struggling to be a role model for his indigenous community, a chronic gambler with money issues, and a brash millennial plagued by traumatic memories are among those featured. The different ways they react to the unfolding trial will be shaped by the values they bring and the challenges they face.

The 10-episode crime drama commissioned by the Foxtel Group, is produced by Warner Bros. International Television Production Australia in partnership with Easy Tiger Productions with major production investment from Screen Australia in association with Foxtel. Financed with support from Screen NSW. The series is distributed globally by Endeavor Content. Executive Producers for the Foxtel Group are Brian Walsh and Penny Win.