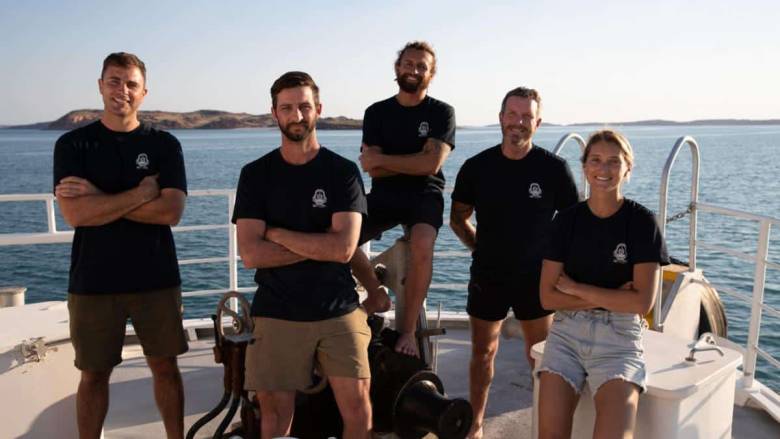 A unique team of adventurous divers and underwater filmmakers are joined by expert maritime archaeologists on the hunt for long-lost shipwreck secrets. Led by an obsessed salty captain, the missions combine new evidence, archival research and all-out adventure.

In each episode the team embarks on an epic expedition to a remote location off the vast coast of Western Australia. The plan is to uncover long-lost shipwreck secrets in the hope of making some world-first discoveries. More than that, the journeys are also about the unique wildlife that call the waters of Western Australia home and the stunning landscapes that sprawl as far as the eye can see.

Shipwreck Hunters Australia is a vibrant journey into the mysterious past led by modern day ocean explorers.

On a dark and sombre night, a secret cabal of monster hunters emerge from the shadows and gather at the foreboding Bloodstone Temple following the death of their leader. In a strange and macabre memorial to the leader’s life, the attendees are thrust into a mysterious and deadly competition for a powerful relic—a hunt that will ultimately bring them face to face with a dangerous monster.

Rosaline is a fresh and comedic twist on Shakespeare’s classic love story “Romeo & Juliet,” told from the perspective of Juliet’s cousin Rosaline, who also happens to be Romeo’s recent love interest. Heartbroken when Romeo meets Juliet and begins to pursue her, Rosaline schemes to foil the famous romance and win back her guy.

Six brand-new animated shorts featuring parables built around Jedi from the prequel era. Journey into the lives of two distinctly different Jedi—Ahsoka Tano and Count Dooku—each will be put to the test as they make choices that will define their destinies. The series is created by executive producer Dave Filoni, with Carrie Beck and Athena Portillo serving as executive producers.

Recipient of the 2007 Golden Globe Award for Best Drama Television Series and nominated for multiple Emmys, including Outstanding Drama Series, “Grey’s Anatomy” is considered one of the great television shows of our time. The high-intensity medical drama, now in its 19th season, follows Meredith Grey and the team of doctors at Grey Sloan Memorial who are faced with life-or-death decisions on a daily basis. They seek comfort from one another, and, at times, more than just friendship. Together they discover that neither medicine nor relationships can be defined in black and white.