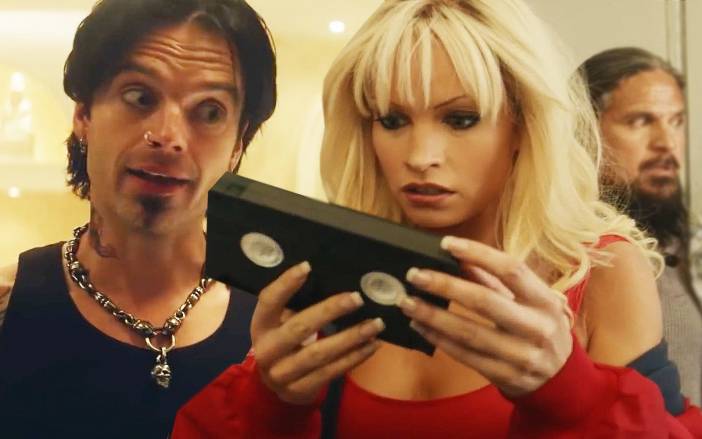 Disney+ highlights for February 2022 include Star original series Pam and Tommy, special Derek DelGaudio’s In and Of Itself, The French Dispatch, Torn and No Exit.

Set in the Wild West early days of the Internet, “Pam & Tommy” is based on the incredible true story of the Pamela Anderson (Lily James, “Yesterday”) and Tommy Lee (Sebastian Stan, “The Falcon & the Winter Soldier”) sex tape. Stolen from the couple’s home by a disgruntled contractor (Seth Rogen, “Long Shot”), the video went from underground bootleg-VHS curiosity to full-blown cultural obsession when it hit the Web in 1997.

A love story, crime caper and cautionary tale rolled into one, the eight-part original limited series explores the intersection of privacy, technology and celebrity, tracing the origins of our current Reality TV Era to a stolen tape seen by millions but meant to have an audience of just two.

Derek DelGaudio’s In & Of Itself

STAR Original. Television Special. In Derek DelGaudio’s In & Of Itself a man fights to see through the illusion of his own identity, only to discover that identity itself is an illusion. An intimate and powerful exploration of what it means to be and be seen, and a chronicle of the attempt to answer the question, “Who am I?”

Wes Anderson’s THE FRENCH DISPATCH brings to life a collection of stories from the final issue of an American magazine published in a fictional 20th-century French city.

Disney+ Original. In 1999, climber Alex Lowe was lost in a deadly avalanche on Mount Shishapangma. Surviving the avalanche was Alex’s best friend and climbing partner, Conrad Anker, who went on to marry Alex’s widow and help raise his sons.

From filmmaker, photographer and National Geographic Explorer Max Lowe, “Torn” turns the lens on his own family, as the body of his father is uncovered seventeen years after his death.

Premiere. Filmed in NZIn the suspense thriller “No Exit,” Darby Thorne, a young woman en route to a family emergency, is stranded by a blizzard and forced to find shelter at a highway rest area with a group of strangers.

When she stumbles across an abducted girl in a van in the parking lot, it sets her on a terrifying life-or-death struggle to discover who among them is the kidnapper.

Inside Costa Concordia: Voices of Disaster

The Book of Manning

The Band That Wouldn’t Die

The Best That Never Was

Brian and the Boz

Hawaiian: The Legend of Eddie Aikau

No Crossover: The Trial of Allen Iverson

Small Potatoes: Who Killed the USFL?

Al Davis vs. the NFL

Nothing Gold Can Stay – Season 1 (China)