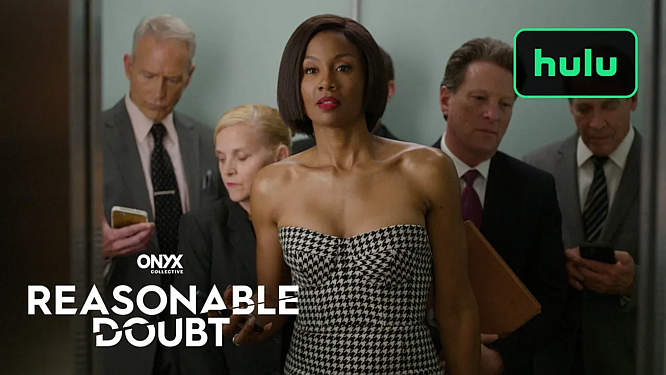 “The Hair Tales” will debut with the first two episodes on Hulu and OWN, with two episodes releasing weekly on Hulu and one episode releasing weekly on OWN. The docu-series leads the audience through a revelatory journey of connecting the personal tales of phenomenal Black women to broader societal and historic themes. The stories shared in the series offer an honest and layered look into the complex culture of Black hair and, ultimately, Black women’s identity, beauty, cultural and social contributions, and humanity.

ABC Signature extended its deal with Shahidi and her 7th Sun Production Company to include a partnership with Onyx. Along with her business partner and mother, Keri Shahidi, the “grown-ish” star and their production company will continue to develop and produce scripted and alternative television projects for cable, streaming, and broadcast as a part of their exclusive deal. The Shahidis join an extensive roster of prolific creatives bringing their thoughtful narratives to Onyx Collective, including Ryan Coogler, Destin Daniel Cretton, Prentice Penny, Natasha Rothwell, and most recently Erika Green Swafford.

Said Yara and Keri Shahidi, “It is every creative’s dream to be seen and heard and to do so with colleagues who align with your vision and your soul. We are so grateful to have the opportunity to continue to create with our Disney family and be grounded in the work that Onyx Collective is doing to meet the moment.”

“It is an exciting time to be leading Onyx Collective. When we opened our doors just over a year ago, we set out to nurture imaginative storytelling, creating disruptive, inclusive, and wildly entertaining narratives that would spark conversation and forward the culture,” said Duncan. She added, “That vision is materializing in ways we could have only dreamed of, and we remain grateful to have a clear lane at Disney General Entertainment, a company that has empowered our work from day one.”

The true crime docu-series “Ring of Fire: The Life of Annie Mae Aquash” (working title), directed by Yvonne Russo, examines the extraordinary life and unravels the decades-old mystery behind the murder of Annie Mae Aquash. A Mi’kmaq woman from Nova Scotia, Canada, Annie Mae is a mother, a teacher, and a revolutionary who fought for Indigenous rights and whose death went unsolved for almost 30 years, becoming one of Indian Country’s most infamous cases. Set between the sweeping landscape of American politics in the volatile 1970s and the present-day quest for answers led by Annie Mae’s daughter, this is a shocking story of murder, intrigue, love, and betrayal that contextualizes Annie Mae’s case within the current day epidemic of Missing and Murdered Indigenous Women and Girls. “Ring of Fire: The Life of Annie Mae Aquash” (working title) is executive produced by Amy Kaufman, Caroline Waterlow, Yvonne Russo, Ezra Edelman, and Riva Marker. The docu-series is produced by Laylow Pictures in association with Nine Stories Productions.

Life is all about drive and the will to succeed despite the odds. Nowhere is this more evident than in the wildly inventive and passionate world of car culture, where enthusiasts show off vastly different vehicles in a display not only of automotive ardor but also of their own personal success. In “The Untitled Swizz Beatz Project,” hip-hop legend and car collector Swizz Beatz visits car-loving destinations, where he’ll examine the area’s distinctive car culture and bring together two otherwise disparate car clubs over a shared love of all things automotive and an appreciation for what it’s like to beat the odds through sheer drive alone. The series is produced by Jay Brown and Tyran “Ty Ty” Smith of Ty Ty and Jay Brown Productions, Raymond Garcia of Major TV, Emmet Dennis of Black Drive Originals, and Christian Sarabia of 51 Minds.

“Searching for Soul Food” follows rock star celebrity chef Alisa Reynolds as she discovers what soul food looks like around the world. As she seeks out the food, she’ll also explore the stories, the people, and the traditions of each place she visits, bringing her own flavor right along with her. The international journey finds Chef Reynolds exploring the culinary worlds of Mississippi, Oklahoma, Appalachia, South Africa, Italy, Jamaica, Peru, and Los Angeles. “Searching for Soul Food” is directed by Rodney Lucas and executive produced by Melina Matsoukas, Jacob Cohen-Holmes, and Ali Brown. Traci Curry serves as showrunner. “Searching for Soul Food” is produced by Woodman Park Productions (an All3Media America Company), De La Revolucion, and Ventureland.