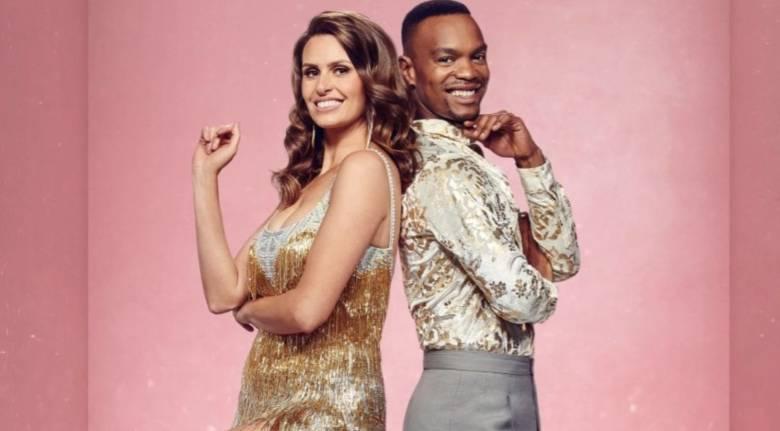 Comedian Ellie Taylor has been eliminated from Strictly Come Dancing, losing out in the dance off to Fleur East.

The viewers’ votes and the judges’ ratings were combined to determine which two couples would compete in a dance-off. Along with Taylor and her professional partner Johannes Radebe, Fleur East and her partner Vito Coppola were also at risk of being eliminated.

Ellie and Johannes performed their jive to Van Morrison’s Brown Eyed Girl as the other couples repeated their routines. Then Matt and Nadiya danced the Rumba to the Sugababes’ Too Lost in You.

The judges Craig Revel Horwood, Motsi Mabuse, and Anton Du Beke decided to save Fleur and Vito because they thought their performance had more technique. Although Shirley Ballas’ vote had no bearing on the result, she concurred with the other judges.

Ellie said of her time on the show “It has and it’s been, I’m going to be a cliché machine now, buts it’s been everything and more. I never in a million years expected to be in for this long and to experience it so fully. Strictly is about dancing but it’s also about the people, and every part of this show from the top to bottom, from the Execs to the make-up, to the hair to the costumes, to the sets to the band, to my fellow celebs and the dancers – even some of the judges have been alright! It’s been an absolute privilege to become part of the Strictly alumni and I’ve really really loved it.”

Next week, because of World Cup coverage, the remaining six couples will take to the dancefloor on Strictly Come Dancing on Friday 2 December at 8.00pm on BBC One followed by the results show on Saturday, 3 December.