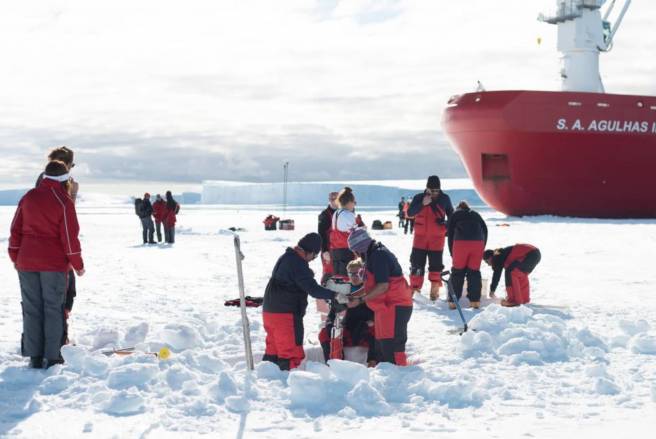 Sir Ernest Shackleton’s 1914 expedition to Antarctica is one of the greatest stories of leadership and extreme endurance in history.

After his ship sinks, Shackleton leads 27 men on an epic struggle of survival. Shackleton’s battle against the odds and his unfailing commitment to bring all his men out alive turns Shackleton into a legend that still inspires today.

This program follows a ground-breaking new expedition heading back into the frozen seas to hunt down the last piece of the story – Shackleton’s lost ship. The Endurance is as illustrious as the Titanic, yet it’s remained lost for over a hundred years.

Its final resting ground is one of the greatest polar mysteries.

Can the team of explorers and experts now break through the ice? Reach the wreck site? And be the first ever to locate and survey the wreck?

Endurance: The Hunt For Shackleton’s Ice Ship premieres Friday 8 October at 8.30pm on SBS and On Demand