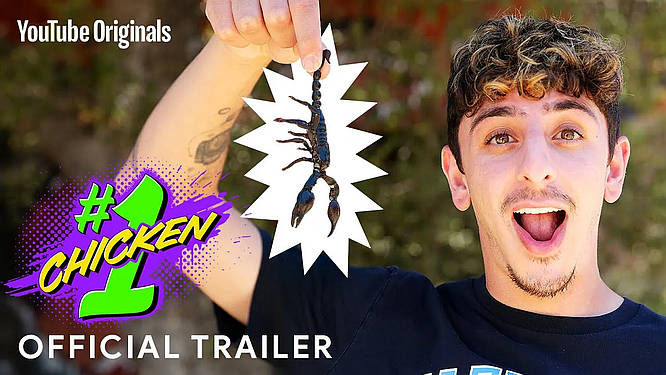 With FaZe Rug at the helm, “#1 Chicken” starts with 8 creators who compete against each other in one terrifying ‘Chicken Challenge’ per episode. Each challenge puts the creators’ bravery to the test with hilariously over-the-top and cringe-worthy antics that will reveal who can handle things like crawling creatures, daring heights, exotic smoothies, and much more – and who is too “chicken.” In a twist on the classic reality competition format, the winning creator each week will leave the show avoiding whatever unpleasant challenge awaits their competitors in the next episode. The last player standing earns the title of “#1 Chicken.”