Written by multiple Bafta-winner Jack Thorne and award-winning actor-turned-writer Genevieve Barr, Then Barbara Met Alan tells the story through the eyes of Barbara Lisicki (Ruth Madeley) and Alan Holdsworth (newcomer Arthur Hughes), two disabled cabaret performers who met at a gig in 1989 and would go on to become the driving force behind DAN – the Direct Action Network, whose fearless and coordinated protests pushed the campaign for disabled rights into the spotlight.

The first-look images show Bafta-nominated Ruth Madeley as Barbara Lisicki and Arthur Hughes as Alan Holdsworth, as well as some of the wider cast during a demonstration scene. 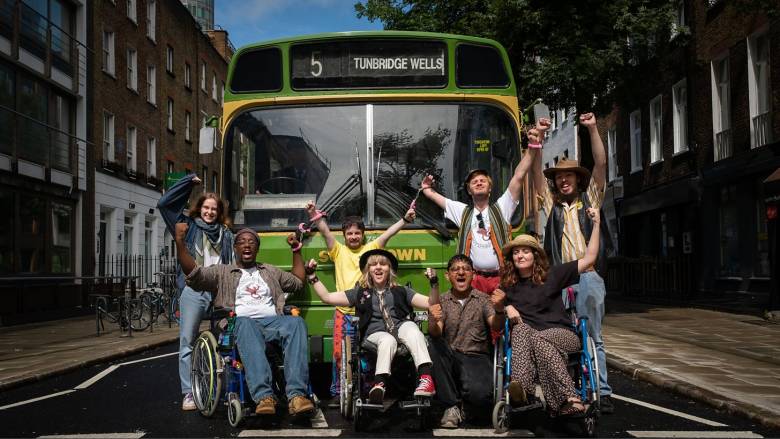 The film is directed by Bruce Goodison and Amit Sharma. Bruce is a Bafta-winning director whose credits include BBC Three’s Murdered By My Father and BBC One’s hit drama Doctor Foster. Amit was one of the directors for BBC Four’s Prix Italia winning and Bafta-nominated Crip Tales, and has previously been associate director of Graeae Theatre Company.

The factual drama was previously announced with the working title Independence Day? How Disabled Rights Were Won. 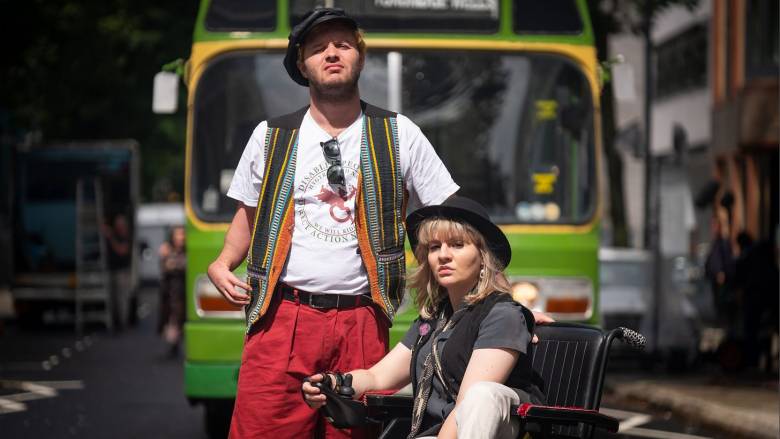 The BBC Commissioning Editors are Abigail Priddle and Emma Loach. It is being made by Dragonfly Film and TV Ltd (a Banijay UK company) and One Shoe Films. The Executive Producers are Richard Bond, Tom Pullen and Jack Thorne. The writers are Jack Thorne and Genevieve Barr and the directors are Bruce Goodison and Amit Sharma.