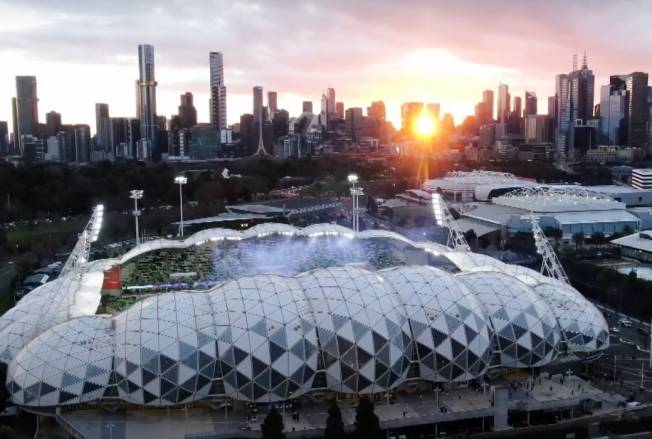 Monday’s Four Corners is called A League of Their Own and sees Sean Nicholls investigating the power brokers dominating Australian soccer.

In the depths of winter, in front of their ecstatic supporters, the Melbourne City soccer team held aloft the greatest prize in the Australian round ball code – the A-League grand final trophy. There was no doubting the passion and commitment of the fans that night but it’s unlikely they, or the fans of many other soccer clubs, know much about who controls the teams they love.

“All of a sudden, here comes this fabulous suitor, so it’s almost like a marriage of convenience, I guess. Maybe they were a little bit reluctant to dig too deeply into the background.” Sports transparency researcher

For decades Australian soccer has operated in the shadow of the other major sporting codes. Despite its immense popularity as a community sport, it’s struggled to attract the eyeballs, sponsorship, and the profile of the AFL and the NRL.

“Unless you have a very wealthy owner who is prepared to basically fund losses, most of the Australian clubs have found it very difficult and many have fallen by the wayside.” Former club owner

Almost half of Australia’s premier soccer clubs are owned or controlled by foreign entities, raising the question: Why? Who are they? And what are they getting out of it?

“We should be aware of who are the owners, how they’re financed, how they’re structured and why they’re here and what they’re getting out of it.” Former soccer executive

On Monday Four Corners investigates the powerbrokers dominating Australian soccer. From the deep pockets of the foreign owners funding Melbourne City, Sydney FC and the Brisbane Roar, to the faceless investors backing Adelaide United, the program examines the finances and the personalities behind the sport.

“Do you really want to be run by a government that’s committing war crimes?” Human rights researcher

Some are warning that the A-League is being used as part of an expensive public relations exercise on behalf of backers with a questionable reputation, known as ‘sportswashing’.

“Sportswashing is essentially taking that positive attribute that’s associated with sport and using it to improve your reputation…leveraging off the glamour, the access, the universal appeal of sport, to improve your brand, and it can also be seen to disguise or divert away from human rights violations.” Human rights campaigner

Incredibly, some clubs refuse to publicly reveal who is actually paying the bills.

“I think any entity wanting to come into the A-League should disclose precisely who they are and what they are. I think the fans of each individual club are entitled to know that.” Former club owner

Away from the bright lights of the big games and big names, those who know and love the sport say the Australian public should know a lot more about who is really controlling “the beautiful game”.

“It matters because in sport, as in life, transparency and accountability matter. And therefore, if we hold those things to be important, they are important in sport.” Former soccer executive

Four Corners: A League of Their Own airs Monday 27 September at 8.30pm on ABC TV and iview.