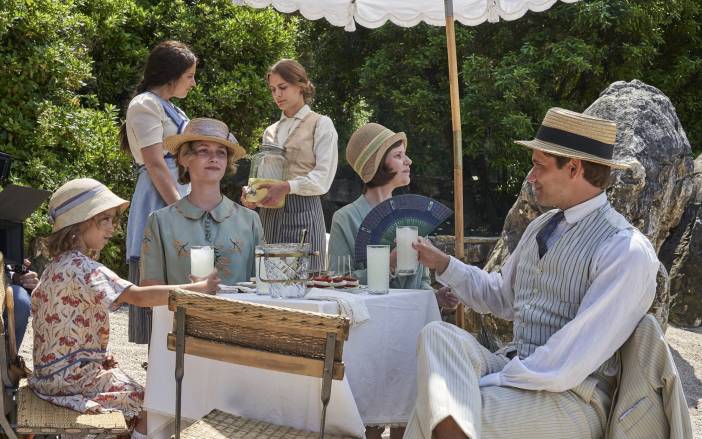 HOTEL PORTOFINO will return for a second season, FOXTEL announced today, after generating excellent worldwide viewing figures and becoming the number one ranked title on FOXTEL (linear and VOD) on the day of launch, with a committed fan base growing throughout the six-episode season.

The lavish drama, set on the Italian Riviera in the 1920s, will see a number of key cast members return for season two, including Natascha McElhone (Californication), who will once again lead the ensemble as Bella Ainsworth, the daughter of a wealthy industrialist who has moved to Italy to open a quintessentially British hotel in the beautiful town of Portofino. Cecil, her attractive but dangerous aristocratic husband, is played by Mark Umbers (Home Fires), while Claudine Pascal, the hotel’s most renowned guest singer-turned-movie star, is played by Lily Fraser (Dream Girls).

Season two of HOTEL PORTOFINO will see the Ainsworth family relations at breaking point and the future of the hotel threatened, as Cecil does business with some unsavory characters. Embracing themes of sexual and social liberation, the series will continue to deliver intriguing plotlines in a breathtaking Italian setting, while capturing the long-established literary tradition of idiosyncratic British ‘innocents abroad’, and revealing darker storylines set against the historical backdrop of the rise of Fascism in Mussolini’s Italy.

The second season will again be filmed in Portofino, Italy and along the Croatian coastline. All episodes in season two will be written by Matt Baker (Suspect) who created the original series. It will be directed by season one director Adam Wimpenny (Blackwood) and executive produced by Jo McGrath and Walter Iuzzolino for Eagle Eye Drama in cooperation with the BetaFilm Group. All episodes of season one are available to watch On Demand on FOXTEL.